About Slippery Slopes: A Philosopher Critiques a Sociologist 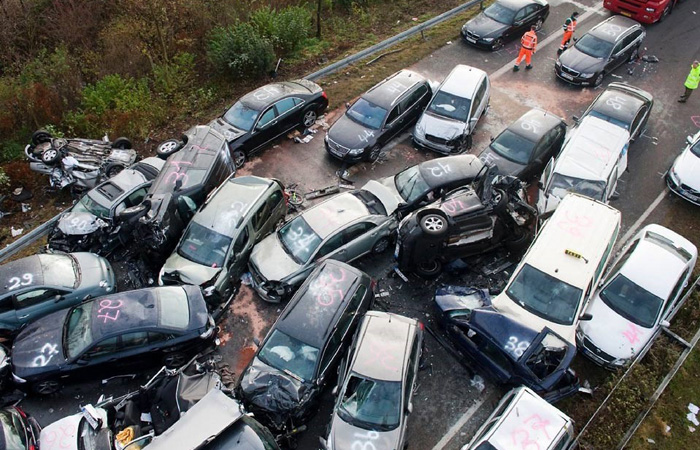 Before I provide my reasons for thinking Dr. Hiebert misunderstands the logic of slippery slope arguments, let me note that I have taught first-year university courses on critical thinking (including at Providence University College, where Dr. Hiebert teaches sociology) and I have studied critical thinking and logic at the graduate level (I have a PhD in philosophy).

Dr. Hiebert writes the following: “[A]ny first year university course on critical thinking will explain why slippery slope arguments are logical fallacies. The slippery slope fallacy is the erroneous belief that a particular position, if taken, will set off a chain of events that will inevitably lead to an undesirable outcome. As one kind of the larger category of fallacies of causation, it constitutes failure to understand cause. Whenever we can refuse, resist, or prevent B from occurring after A, then A cannot be said to produce B inevitably, inalterably, or unequivocally. All slippery slope arguments also involve the fallacy of hasty conclusion, because they fail to consider the complexity of factors in causal chains. ”

Here is an example of the slippery slope argument that is fallacious (it’s slightly silly, but helpful for illustration). A parent tells his daughter not to chew gum, because if she does, she’ll probably begin to smoke cigarettes, which will lead to dancing, then drugs, then theft and murder, and then a lifetime in jail – so don’t chew gum.

Clearly, the causal connections between the events on this alleged slippery slope are dubious. Hiebert is correct that such an argument constitutes a failure to understand cause.

Such non-fallacious slippery slope arguments hinge on the notion that reasons for one action sometimes also justify other actions that are unintended to be justified by those reasons. (I get this insight from Paul Chamberlain’s book Final Wishes: A Cautionary Tale on Death, Dignity, and Physician-Assisted Suicide, which is a book I highly recommend. Dr. Chamberlain is a philosopher at Trinity Western University.)

Here’s a fun fictional illustration that I used in my critical thinking courses (before my retirement from Providence as a philosophy professor) which helps students better understand the slippery slope at hand.

Let’s say that (before my retirement) I approach my college president and propose that our school should make a policy of giving philosophy students the right to free tuition if they choose to accept it. My reason: philosophy students are people who must think very hard and aren’t guaranteed jobs after graduation. There would be a slippery slope here, for sure!

Once the rest of the student body heard about this policy, students would appeal to a principle of fairness (and would be motivated by greed perhaps) and would argue that all students should receive free tuition, not just philosophy students. Why? Because all students must think very hard and none are guaranteed jobs.

In other words, if thinking hard and having no guarantee of a job after graduation are accepted as sufficient grounds for a student to receive free tuition, then whether a student is taking anthropology, business, history, philosophy, psychology, sociology – or whatever – doesn’t make a relevant difference. The principle of fairness is fundamental, and the differences between academic disciplines, though real, are incidental. Fairness demands consistency.

Thus, if my college makes a policy (the “legal” bit of the legal-logical slippery slope) that gives philosophy students free tuition on the basis of hard thinking and lack of a job guarantee, then, in the name of fairness and consistency (the logical bit of the legal-logical slippery slope), the college should ensure that all students receive free tuition.

If my boss doesn’t want to be unfair or inconsistent (and doesn’t want our university to go broke), then he shouldn’t give philosophy students the proposed deal.

Our lesson: The above non-fallacious, logical-legal slippery slope argument ensues because the reason behind my proposal justifies much more than intended. Alleged safeguards (e.g., philosophy students only) fail, because they are incidental – out-weighed by the major logical-legal principle that’s been accepted.

(In the context of MAID/medical assistance in dying, the primary principle that a sufferer has the right to end his/her life will also outweigh safeguards such as terminal illness only, because suffering isn’t limited to terminal illness. The alleged right to end one’s life because of suffering justifies not only the situation of the terminally ill, but also those situations of the elderly, the disabled, the parent suffering the loss of a child, the person suffering chronic back pain, the depressed teenager, the person suffering existential despair/ meaninglessness/ feelings of being a burden, etc.)

Third, in view of my previous two reasons it’s simply not true, as Hiebert claims, that “All slippery slope arguments also involve the fallacy of hasty conclusion, because they fail to consider the complexity of factors in causal chains.”

Why? Because Dr. Hiebert’s understanding of slippery slope arguments fails to consider the complexity of such arguments. Some, such as the legal-logical slippery slope, do not commit the fallacy of hasty conclusion – they reasonably show that some social policy changes make an outcome more probable. They add grease to the slope.

For additional criticism of MAID, please see my February 18 article available online at MercatorNet: “Putting the pros and cons of euthanasia under the microscope: A Canadian philosopher examines the euphemism of ‘medical assistance in dying’.”

Hendrik van der Breggen, PhD, is a retired associate professor of philosophy at Providence University College in Otterburne, Manitoba. The views expressed in Apologia do not always reflect the views of Providence.