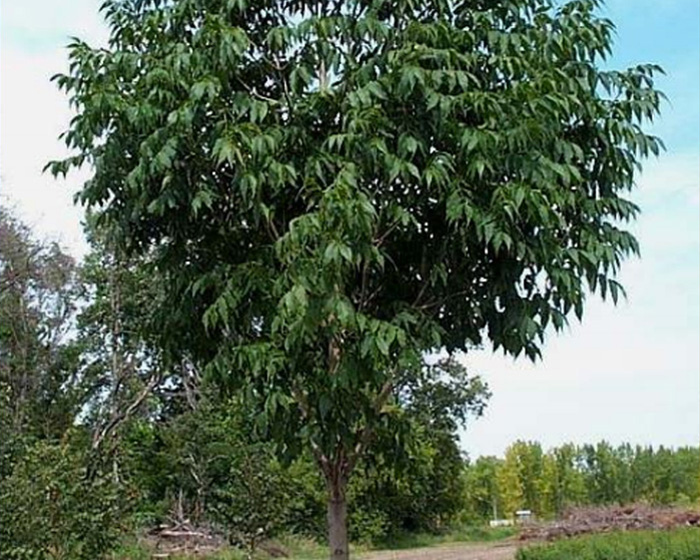 Many of you will have heard of the emerald ash borer challenges with ash trees. It has become a common and slanted theme in the media. I want to give you a simple breakdown of my understanding of the facts that we have so far. Emerald ash borer has been in the province for over six or seven years. Possibly even 8 years. There have been 15 trees cut down specifically because the ash borer has been found in them. My understanding is that over a thousand more have been cut down to create a barrier in St. Boniface where the ash borer has been found. Last summer 2 adult bugs are found in the traps in Winnipeg. So far there have been no reportings elsewhere in Manitoba. How are we supposed to analyze that? It’s a little bit premature but there are some facts we do know the bug does die at approximately -34 Celsius if exposed to that temperature for an extended period of time, possibly 36 hours. We all know that our winters get colder than that most years. I will weigh in personally to say that I believe we are on the edge of the ash borer’s ability to exist here. But there’s a lot more behind it. Is our temperature cold enough – long enough to kill off every ash borer? Probably not. Will it do better in micro climates like Winnipeg? Probably. Can it survive below the Snow Line in the bottom of trees? More than likely. How does wind chill factor affect exposed shelterbelts? So the answer of how severe this is will be lies somewhere between the bugs will survive but may not thrive. It is unknown if the bug can mutate to become more cold tolerant, so far not.

My personal suggestion is not to go extreme in either direction don’t over-plant ash! And don’t stop planting at least some ash. We cannot forget that Manchurian Ash has a very high resistance. Up to 98% Northern treasure Ash ranges around 50% as one of its parents is Manchurian Ash. Even other ash-like black, green, and white will have some survivors as is being observed out east and south of us. More research is needed to find out if the survivors have a natural immunity. They may either not attracted to bug or have an ability to survive it or kill it.

As a community it is always wise for us to plant more diversity. Like diversifying your portfolio financially. I’m suggesting that in a shelterbelt we should be mixing between 4 and 8 varieties if possible. If 5 to 10% of the trees are ash I would be comfortable with that. If the bug does not decimate, then we have succeeded. If it does become aggressive we haven’t lost everything. Ash trees used to consist of 40% of our plantings because the tree is so versatile to our soil, cold climate, excess moisture and droughts. They offer resilience, low transplant loss, and a good spectrum of shape and fall colour. Some of the newer Green Ash like Trojan, and Greenspire have spectacular uniform upright shapes. The new white ash developed by Jeffries Nursery name “Nobility” has a great brick-red, burgundy fall colour and a good growth rate of nearly two feet per year. Manchurian ash has a magnificent lollipop shape. And Northern treasure used to be a go-to tree for tough environments. Good yellow gold fall colour can be found on green, black and Manchurian / Northern treasure Ash.

We will continue to carry Ash but sell them in educated moderation. Lastly I believe it’s up to the homeowner to discern their own comfort of risk. You may end up with a tree that last you your lifetime or you may be cutting it down in 10 years. It really boils down to your willingness to accept the outcome which is somewhat uncertain at this time. As a tree geek and a collector I have at least one of every variety of Ash, but I’m enjoying the maples, birch, new Dutch Elm resistant elm trees and the Buckeyes and flowering crabs equally as well.