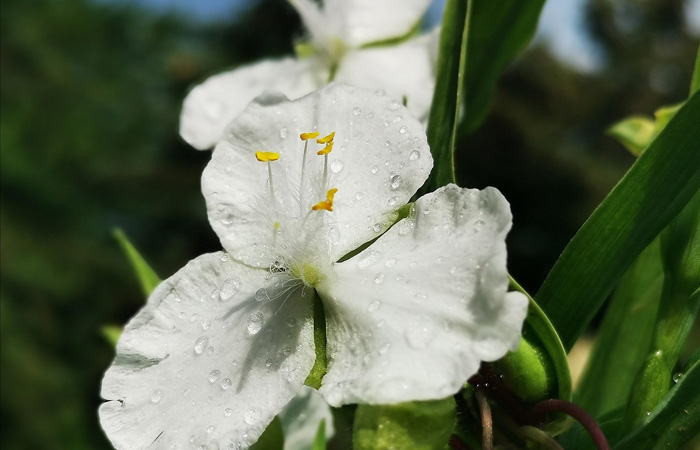 When it comes to perennials, there are some that have the strangest of names. Wort this and wort that, what on earth is this? Of all the names to be chosen, they had to go with wort. Well it turns out that there is a meaning to this name. It is a categorization of plants that had supposed “Medical” uses back in the 13th century (roughly, some are from far later and some from more recent centuries). I say supposed “Medical” uses because all of these plants have been largely rejected by the modern medical society for their uses. Most of these plants were declared to be cures and salves based on how they looked. If the plant looked like a body part they must affect that body part. A good example of this is the Lungwort. “Medical Professionals” of that era found that it resembled the human lungs, there for it must treat lung diseases. Now with our extensive modern medical knowledge we know that this is absolutely ridiculous. Where is the logic? Well regardless of the absurdity of the medical claims I found them to be very interesting. So I thought we would delve into the details of the fabled beliefs for medical uses of these plants. Now before going into these claims I want to stress, DO NOT use these plants for any of these listed purposes. As stated before all of these uses have been widely rejected by modern medicine and some can even prove to be fatal as many plants have poisonous qualities. I won’t be listing all of these plants as the list is extensive, ranging from the well know Spiderwort to the oddity of the Dungwort, also known as the Stinking Hellebore. (Can you tell someone didn’t like this plant?!) I will only be touching on two varieties today, so let’s jump into the details!

Let’s start with the Glovewort, most commonly known as the lily of the valley. Lily of the Valley is a beautiful ground cover plant with dainty white or pink bell flowers. Now Lily of the Valley, or Glovewort, was used on your hands, believed to help soothe sores or pains in the hands, hence the name Glovewort. It was believed that taking the leaves and vigorously rubbing them on your hands would help with bruises or others sores. However this is a terribly foolish idea as Lily of the valley is terribly poisonous. EVERYTHING about the plant is poisonous, the leaves, the flowers, the stems, the berries, everything. It can cause some pretty nasty side effects such as erratic heartrate, abdominal pain, nausea, and vomiting. With that in mind you can imagine how dangerous it would have been to have this plants juice rubbed all over your hands. Now I can’t say for sure that having it all over their hands was enough for them to ingest to cause side effects, and I by no means am willing to try it out. DO NOT eat this plant or rub it on your hands as it can be very dangerous. Go to the doctor or hospital immediately if ingested.

Spleenwort, what a name! Now aside from this…unique name this is a very nice looking plant. It comes from the fern family and is actually a very attractive plant. It has delicate tiny leaves on its fronds and can grow in small rock crevasse or heavy damp soils. Now as mentioned before the people of that time believed that if the plant looked like the body part that is what is would cater to. But how on earth does a fern look like a spleen you may wonder? Well on this fern there are tiny little leaves on the fronds, and those share a very similar shape to the spleen. Odd, but I suppose in a discovery stage of medicine this could in some way make sense… maybe… well not really.

I may put out a second blog on the wort family in the future since I have only mentioned two varieties out of nearly a hundred or so. Well I hope you found this both interesting and amusing, it’s fun to discuss the strange properties of plants and their alleged uses.