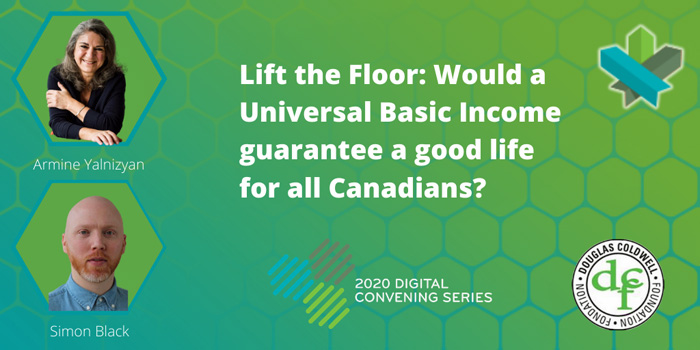 We began hearing about the novel coronavirus in January. In March that our government took action to try to strop the spread of the virus. This was quickly accompanied by several programs to help Canadians who lost their jobs as a result of government imposed restrictions. With very few exceptions these actions have been applauded. There was a recognition that joblessness and resulting hardships could be mitigated with government assistance.

The result of these government payments is that we now know that we all can function remarkably well even if our GDP falls significantly. GDP is our measure of economic activity, both good and bad. It’s what results in jobs. In the last few months we have seen that with government intervention we can function well even without a rising GDP.

The main instrument our government has been using to mitigate the effect of lost jobs is the Canada Emergency Response Benefit (CERB). Of necessity this was rolled out quickly, and as a result it is flawed, perhaps more seriously flawed than most policies. It is time to move on to something else, something more considered, and more comprehensive.

This is where a Guaranteed Livable Basic Income (GBI) becomes interesting. A GBI has been discussed in this column before, but here is a brief refresher. A GBI assumes that everyone in the country is entitled to a minimum basic income regardless of employment, health, age, savings, etc. – everyone. The amount should be enough to pay for basic rent, food, clothing and the other necessities of life. That’s the basic premise. Much thought has been given to how this should be implemented, and opinions vary.

I am on the board of the Steinbach Community Outreach. We have become painfully aware of a flaw in the program. We have become aware of people who have double-dipped – they have collected CERB even while they were collecting Employment and Income Assistance (EIA or welfare). Since this was possible, no one should be surprised that this has happened. Quite rightly the EIA is now insisting that the CERB over-payment be returned before EIA payments resume. This is creating significant hardship.

This makes the case for a GBI where this monthly payment takes the place of all assistance payments: EIA, child tax benefit, employment insurance, Old Age Security, and perhaps other payments as well. The more this can be designed so it can be under a single administration, the more likely “double dipping” can be avoided. If a comprehensive GBI is in place, then, if, for whatever reason the economy takes a down turn, a government program is in place to deal with it. This would be preferable to only then offering a hastily conceived relief measure.

We do well to remember the Mincome experiment carried out in Dauphin in the late 1970s. The very clear conclusion of that experiment was that guaranteeing a basic minimum income did not become a disincentive to seek employment, and that guaranteeing such a payment was affordable.

A Basic Guaranteed Minimum Income is an idea whose time has come.