What Lessons Are There in the Drama South of Us? 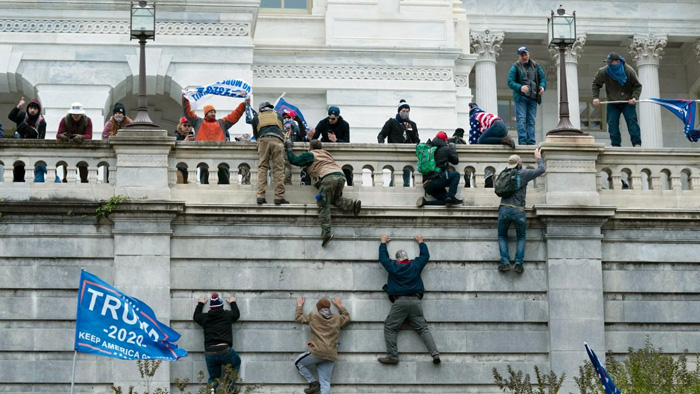 Watching the drama of the US election come to a head last week has a lot of us wondering, “where do we go from here?” Indeed, there are dark waters ahead. In the days between now and Biden’s inauguration there is still room for trouble. And even after Biden has sworn the oath, the divisions leading to last week’s violent and angry protest will not heal easily.

And we Canadians should not be too quick to assume we are immune or that we are in any better position.

While MacDougall puts the responsibility for fixing this mostly on individuals, he may not go far enough. Even he suggests, while he holds his conservative nose, that governments may have to get more involved in regulating news and social media content.

Without a doubt, we as individuals bear a responsibility for the accuracy and volatility of the information we consume, create, and disseminate.

This is all good, but where has this divisiveness come from and what might we do to address the systemic problem?

We cannot really be surprised by the deep rifts that divide us politically. Electoral systems in both the US and Canada are terribly outdated. They were developed in an age when right and left indicated whether you were with the crown or against them. They were based on a notion that a heavy-handed, majority-rules process was the best way to set policy.

Our winner-take-all electoral systems make polarization a necessity. In both the USA and in Canada, we can see this playing out. The razor-thin counts that won the Georgia Senate seats in the recent run-offs have given the Democrats full control of the US government. Canada’s Liberals and Conservatives know that a change of 10% of the popular vote is usually more than enough to assure a majority government.

Unfortunately, and perhaps surprisingly, we voters are not that disparate in our political positions. Mark Manson makes a great argument for this idea on his blog (language warning). For the most part, we are not that far apart on some important things. While we may not always agree on how to get there, we tend to broadly agree on policy issues like balanced budgets, human rights, infrastructure improvements, law and order, and education.

Which means that when our politicians are forced to chase after slim margins to get that winner-take-all power it becomes almost impossible to win solely on discussing issues. It becomes personal. Divisive. Destructive.

MacDougall argues, correctly, that we need to hold our politicians and media accountable for their behaviour. We need to do better ourselves, to be mindful when we engage with others. We also need to take this opportunity to demand, again, a proportional representation electoral system that would help reduce the winner-take-all attitude that is increasingly and catastrophically polarizing.