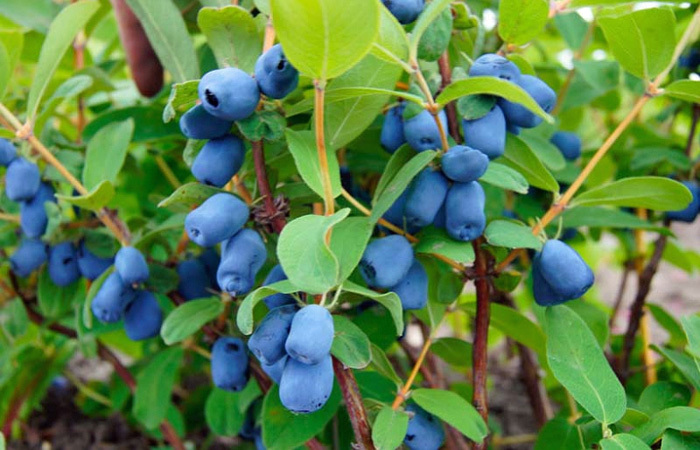 Customers often come to us with the question “do you sell Blueberry bushes?” And my answer is always the same: no. Naturally the question that follows is “Why not?” I shall explain.

Lowbush Blueberry are native to parts of Manitoba. They can be found east of Steinbach where the soil is sandier, and in the Sandilands. The key factor that determine where they will succeed is the soil type. Blueberry bushes have a need for high acid content in their soil. The sandy soil of the Sandilands is perfect, especially when you consider all the composting evergreen needles adding acid to the soil. Our soil in the Red River Valley has a heavy clay base had it is acid deficient. This poses a serious problem for anything needing acid. Maples struggle with this as well but not as bad as Blueberries.

So what happens if you plant them anyway? The first thing you will see is the leaves turn pale and yellow with green veins running through them. This is a classic sign that the plant is iron deficient because it cannot break down the soil properly. This will continue until the leaf edges begin to turn brown. This condition will greatly stunt the growth of the plant and over time can lead to death.

Then what do you do? You can try amending the soil with chelated iron to help the anemia, or use slugger fertilizer to help break down the clay better. But neither of these are fixed for our soil. In the end new soil is needed and sometimes even that is not enough. Maples ca usually be worked with, but the Blueberries are too insistent. The best solution I have been able to come up with is planting the blueberries in a raised planter with a mix of topsoil and sand. Make sure not to raise the soil level too high, or the roots can suffer frost damage.

The alternative option is to plant Haskaps instead. You may never have heard of Haskaps before as they are relatively new to our area. They are also known as Honeyberries.

Haskaps are a bush native to parts of Russia and northern Asia that grows 5′ tall and wide and produced edible fruit suitable for replacing Blueberries. The texture is very similar, and the flavour as well. They have a bit more tang in their flavour rather than mild and sweet like the Blueberries from the store. The berries are blue, but oblong rather than round.

The best part about Haskaps is that they are just as cold tolerant as Blueberries and much more soil tolerant. Clay soil does very little to hinder them.

Honeyberries are also quite easy to prune she can make a nice low hedge that serves the double purpose of producing fruit. Now all I need to figure out is where I have room in my yard to plant a new hedge.