The Essence of Water 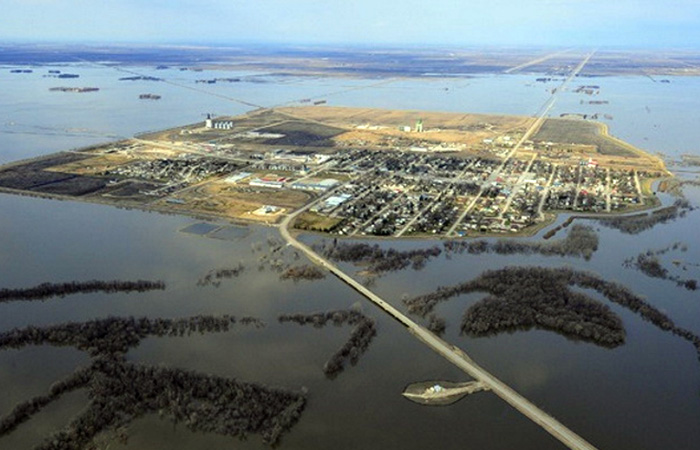 “Water, water, everywhere, but not a drop to drink”, said the ancient Mariner. We seem to also have lots of water around us this spring. Fortunately for most of us in Canada, our water requires very little filtering to be good to drink.

The global water cycle is a very interesting phenomenon. The cycle is complex with many components, but for our purposes we will simplify it down to two processes over two different spaces: evaporation/transpiration and precipitation.

Water goes up into the atmosphere mainly from oceans and from land. This is called evaporation, except in plants it is called transpiration. The amazing thing is that evaporated water is pure, even if it comes from a salty, contaminated or toxic source. So, each cycle of the water cycle starts with pure water.

The second process is precipitation, either as rain or snow. Rainfall at a specific location can be devastatingly variable, but on a global scale the amount of water that goes up as evaporation/transpiration and the water that comes down as precipitation is very consistent.

On average, 413 cubic kilometres (km3) of water evaporate from oceans and 373 km3 fall back as rain per year. That is a net loss of 40 km3 per year over the oceans. Those 40 km3 of water are a net gain on land. A total of 73 km3 evaporate and transpire while 113 km3 fall as rain and snow. To complete the water cycle those 40 km3 eventually end up back in the oceans through runoff from the land or through ground water.

The time it takes for one drop of water to complete the water cycle could be anywhere from about 9 days to 10,000 years, depending on its path. When a drop of water evaporates from the ocean or from land, it spends about 9 days in the atmosphere before it comes down as rain or snow somewhere on the globe. If it lands on the soil and becomes part of the soil moisture, it has a residence time of 14-28 days. If it arrives as snow in the winter its residence time will increase to 30-150 days. This year it seemed longer than 150 days. Water in rivers has a resident time of weeks to months. Once it gets to a lake it is there for 100 years. In the ocean, that drop of water could be there for 3,000 years before it evaporates again.

Water is essential for biological life, however, it can also be used as a renewable energy storage system. It can store the excess energy from wind or solar in the form of hydrogen. Hydrogen can then be used as an energy source, by inputting energy (in the form of a small electrical charge) which separates the hydrogen molecules from the oxygen. It can be stored and then when we need it to power a car, for example, we “burn” it. Burning is basically adding oxygen to something. When we burn hydrogen, we release a lot of energy, and the “waste” product is simply water. Hydrogen is an energy storage device rather than a fuel because it takes more energy to make hydrogen than you get back when you burn it. The fuel is what you used to create the hydrogen in the first place; in this example it was an electrical charge.

We have long known that water is essential for life. It is exciting to learn more about how it can be used for energy storage as well.