The Housebarn: A Symbol of Agriculture in Community 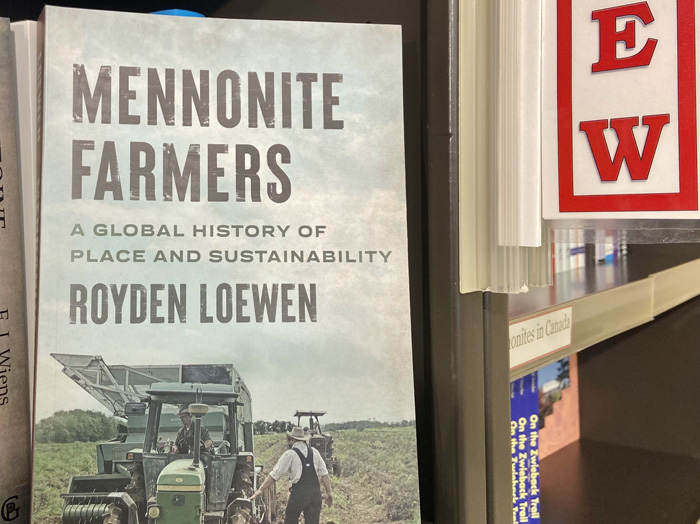 Most of us come from a long line of farmers. However, the current working generation might be the first one where the majority of us have ceased living directly from the land. Royden Loewen recently produced an intriguing book entitled: Mennonite Farmers: A Global History of Place and Sustainability. In it he examines seven Anabaptist communities around the world including Mennonite farmers in Bolvia, Canada, Indonesia, the Netherlands, Russia, the United States, and Zimbabwe. They all struggle to keep their communitarian values in a world that is changing climate-wise, culturally, and spiritually. Historic and comparative books like Loewen’s nurture our roots as a people while helping us cross-pollinate, to learn from others what might help us thrive in the future.

At the Mennonite Heritage Village (MHV), we replicate the housebarn village that our ancestors survived with for centuries. Eighty years ago, my father was the young shepherd who would bring out all the cows from the village to a shared pasture outside of the village and then back again before sundown. When I visited that village in Saskatchewan one of its elder residents made sure that I knew there were a couple times my father had lost control of the herd and before you knew it the cows were making a mess in everyone’s gardens. A different time when housebarn villages and communitarian agriculture were the norm.

Across the ocean in the Netherlands, Royden Loewen writes about a similar conversation he had with a Dutch Mennonite farmer named Jelke. “He recalls time before the land reforms in 1962, one farm still shared a communal pasture, but all the farmers – Reformed, Catholic, and Mennonite each with only half a dozen cows would meet at the Milkhern, the milk corner, and call out their own animals for milking. After completing their work, the 30 or so farmers would head back to Joure in a group, by bicycle. Well there’s nothing left of that now says Jelke. The land reforms brought electricity, and with it came the milking machine, sequestering community farmers in their own barns. Jelke misses the interchurch communitarian nature of agriculture of yesteryear.”

This year we want to complete phase two of our Chortitz Housebarn project. This includes restoring the central hearth so that we can use it again for demonstrations. Buying tickets for our June 4th Spring Gala fundraiser will directly support this important project, while giving you the first look at our upcoming exhibit. Please help us preserve this fascinating example of how people, land, and animal once lived in close community with one another.

If you would like to buy a copy of Mennonite Farmers for the farmer in your family check out our Village Books & Gifts. We only have two copies left, so order yours today!