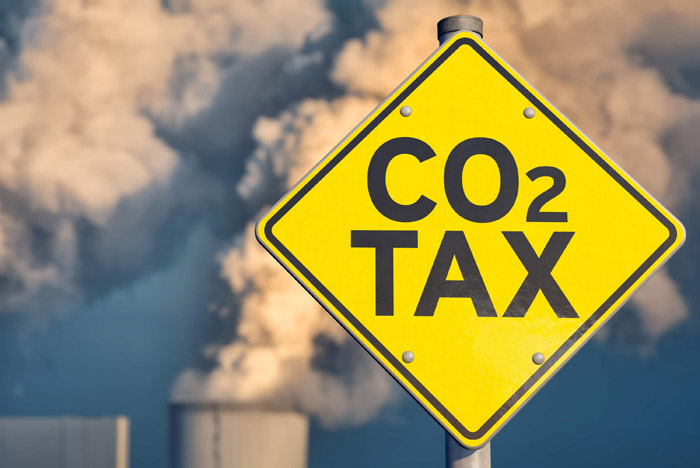 I don’t know about you, but when I hear someone starting to talk about carbon taxes or offsets or cap-and-trade or even UN climate accords, my eyes begin to glaze slightly and my brain starts making to-do lists or replaying scenes from the latest Crown episode. I’m mildly embarrassed to say that I don’t really understand what a lot of it means. I DO know that I am really feeling a pinch at the grocery store (I am now feeding teenagers), and also at the gas pump. At the same time, I am also very aware climate change is real, severe weather events are occurring more frequently and glaciers are shrinking. I’m also not okay with Mr. Zwaagstra’s position in last week’s Think Again column, where he flippantly comments that China and India are a much bigger environmental problem than Canada so why should we change anything? This feels like an argument my kids would use to get out of cleaning up their own mess.

A cursory internet search provides many explanations and summaries of the carbon tax policies and aims of our current government. I will attempt to provide a brief “Coles Notes” for anyone else in my situation.

Taxes are implemented by governments for two reasons: to generate revenue and to encourage or discourage citizen behaviours.

Greenhouse gases (GHGs) are emissions which include carbon dioxide, methane, nitrous oxide, ozone, and water vapour. GHGs have far-ranging environmental and health effects. They cause climate change by trapping heat, which can cause glaciers to melt, oceans to rise, and produce unstable and extreme weather events, such as BC’s extreme heat and wildfires last year, or the recent flooding in Pakistan. They also contribute to respiratory disease from smog and air pollution.

Carbon emissions are one type of greenhouse gas that occurs when carbon dioxide enters the air after a human activity or process. They get the most attention because they’re the most significant in terms of quantity: approximately 80 percent of all greenhouse gases are carbon dioxide. Canada is particularly culpable, as we currently have a carbon emission rate six times higher per capita than India’s.

In 2019, the federal election was fought with the background of Greta Thunberg’s rousing speech to the UN Climate Summit in New York, youth climate strikes on Fridays, and language such as ‘climate emergency’. Approximately two-thirds of Canadians voted for a party that supported a carbon tax, either the Liberals, NDPs, or the Greens. The Liberal Party won, formed a minority government and proceeded to implement their promised carbon levy, a “revenue-neutral” initiative, in an effort to change Canadians’ GHG-emitting behaviours.

Carbon pricing is gaining momentum globally. In Canada, the federal government implemented a nation-wide carbon price. It began at $20 per tonne of carbon dioxide equivalent emissions in 2019, rose to $50 per tonne as of April 2022, and will continue to increase until it reaches $170 per tonne in 2030. The idea behind this levy is people who consume more carbon will spend more than the amount of tax equally remitted to everyone. For example, someone who takes public transit would receive more money back than the driver of a gas-guzzling SUV.

All revenue gained from the carbon tax is remitted back to the province it came from. Rural residents receive a 10% bump, as transportation costs are greater and public transit options limited. Some of the funding pays for green retrofits in schools and public buildings, but the vast majority comes via personal income tax credit. Payments are quarterly and began this past July, varying by province.

The carbon tax in its current manifestation may not bring about the changes necessary to preserve our society and our natural world. But it will likely bring a bit of discomfort that hopefully causes us to examine our lifestyles and make positive changes which will benefit our planet for generations to come. And I guess riding my bike into town, rather than driving those 5km, would have mental and physical health perks on top of the positive financial and environmental repercussions.