Trudeau is Gaslighting Canadians About Abortion 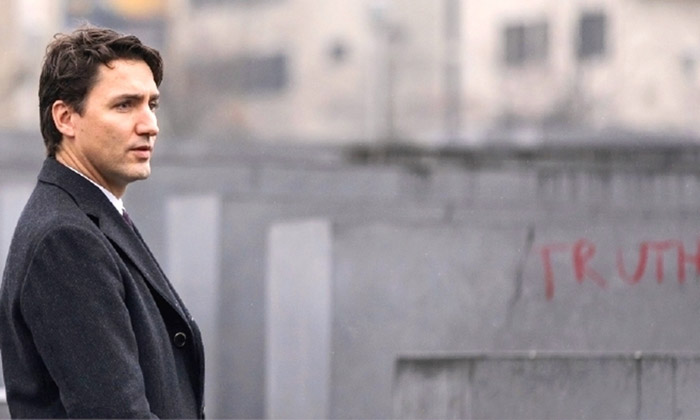 On September 30, 2022, Canadians observed Orange Shirt Day, also known as National Day for Truth and Reconciliation: Every Child Matters. Amen to that.

But two days before Orange Shirt Day, Canada’s Prime Minister Justin Trudeau promoted the view that not every child matters. How? By his statement on International Safe Abortion Day.

The question arises: How can Canada’s PM get away with this inconsistency? It turns out that our PM is engaged in gas lighting Canadians, i.e., telling us lies (some bigger than others) so we’ll doubt truth and believe him (and his abortion ideology).

Bear with me as I make my case.

First, I will set out Trudeau’s statement. Second, I will assess its major claims – its “gaslights.”

Below is the “Statement by the Prime Minister on International Safe Abortion Day” (September 28, 2022):

Today, on International Safe Abortion Day, we reaffirm our unwavering commitment to upholding a woman’s fundamental right to choose. No one should ever be forced to carry an unwanted pregnancy, and the Government of Canada is unequivocal in that pursuit.

Here in Canada, we have had access to safe and legal abortions for almost 35 years thanks to decades of hard-fought activism. Abortion is covered under our universal health care system. But there is still more work to be done to improve accessibility, particularly in rural and remote communities. In May, the Government of Canada announced funding to support civil society organizations, such as Action Canada for Sexual Health and Rights and the National Abortion Federation Canada, to strengthen access to safe and inclusive sexual and reproductive health services, including by offering financial assistance to cover travel costs for those seeking an abortion and training for health care providers offering abortion services.

Abortions are an essential health service which, when performed following medical guidelines, are safe. Unfortunately, nearly half of all abortions performed worldwide are unsafe and these unsafe abortions are a leading cause of maternal deaths. Tragic and preventable deaths will continue for as long as women are denied the right to make choices for their own bodies. That’s why we’re helping to advance sexual and reproductive health and rights in developing countries, with funding to improve access to safe abortions, post-abortion care, and family planning.

Today, we reflect on the progress we have made and the work that still needs to be done to ensure everyone has access to a safe abortion, including standing up to those who want to take us backwards. To those at home and around the world continuing to fight for their safety and their bodily autonomy: know that we will always stand up for your right to choose.

Think along with me. I’m going to look at six of PM Trudeau’s claims and I’ll ask whether those claims are true. Please keep in mind that “true” means that what is stated to be the case corresponds to what is actually the case in reality (when language is used carefully and accurately to describe reality).

Trudeau says women have a “fundamental right” to choose abortion. Is this true?

Not in Canada. Abortion is not a right, according to Canadian law. In fact, Canada has no abortion law.

In 1988, thanks to abortionist Henry Morgentaler, Canada’s Supreme Court struck down abortion law at the time (which required a therapeutic abortion committee, and which was deemed unfair for women who couldn’t get access to such a panel) and the court asked parliament to craft a law. This law hasn’t (yet) been crafted. But also no fundamental right to abortion was granted.

Trudeau says abortion is a choice women make “for their own bodies.” Is this true?

Each abortion is the targeted killing of a pre-natal human being. Abortion suffocates, poisons, and/or tears apart the unborn human being. Only unsuccessful or “botched” abortions are safe for the unborn child.

Also, there can be complications for the mother. See the documentary Hush: A Liberating Conversation about Abortion and Women’s Health, directed by Punam Kumar Gill (Mighty Motion Pictures, 2016). See too Angela Lanfranchi, Ian Gentles, and Elizabeth Ring-Cassidy’s book Complications: Abortion’s Impact on Women (DeVeber Institute for Bioethics and Social Research, 2013).

Trudeau says abortion is part of “sexual and reproductive health and rights.” Is this true? Nope.

The late Michael Bauman, Professor of Theology and Culture at Hillsdale College, observes: “When pro-choicers have unforced sex, they are choosing. That is freedom of choice. When they decide to kill the child conceived during that sexual encounter, that is freedom from choice. They chose; now they want to be free from the consequences of that choice, even if someone has to die.”

In other words, justifying abortion via “sexual and reproductive health and rights” is a ruse.

Trudeau says abortions are “an essential health service.” Is this true? Nope.

The claim that abortion (in general) is essential health care is false because most abortions are not done for medical reasons.

The vast majority of abortions are done not for medical reasons but for other reasons.

It turns out the hard cases – rape, incest, threat to life of the mother – to which many abortion-choice proponents point as justification for abortion account for fewer than 5 percent of all the abortion cases.

In his 2015 book The Abortion Wars ethicist Charles Camosy reports that the number for the hard cases is 2 percent. (Camosy bases his number on research from the Guttmacher Institute, which is a pro-choice organization.)

But there is more to be said – much more.

It turns out that abortion is not even needed medically.

Dr. Kendra Kolb, a neonatologist, stated this in 2019: “There is no medical reason why the life of the child must be directly and intentionally ended with an abortion procedure.”

As Kolb points out, medical treatments/procedures have different purposes, which need to be made clear with language that accurately describes reality. This is important to remember, especially when we are being told by politicians and others that, in general, abortion is “an essential health service.”

Also in 2019, Omar L. Hamada, M.D., Fellow of the American College of Obstetricians and Gynecologists, stated this: “There is absolutely no medically justifiable reason for abortion (‘the intentional and elective targeted killing of an infant at any stage of pregnancy for matters of maternal choice or convenience’) to save the life of the mother. Period. End of story.”

Also, Dr. C. Everett Koop in 1980 (when he was Surgeon General of the US) stated this: “In my 36 years in pediatric surgery I have never known of one instance where the child had to be aborted to save the mother’s life.” (C. Everett Koop, “Deception-on-demand”, Moody Monthly, May 1980, p. 27.)

Also, consider that Dr. R. J. Hefferman of Tufts University stated this in 1951: “Anyone who performs a therapeutic abortion (for physical disease) is either ignorant of modern methods of treating the complications of pregnancy, or is unwilling to take time to use them.” (Congress of American College of Surgeons, 1951; cited by Dr. and Mrs. Willke in Abortion: Questions and Answers [Cincinnati, Ohio: Hays Publishing Company, Inc., 1985], 120.)

And consider this: The Dublin Declaration on Maternal Healthcare (signed by over 1,000 medical professionals) stated this in 2012: “As experienced practitioners and researchers in obstetrics and gynaecology, we affirm that direct abortion – the purposeful destruction of the unborn child – is not medically necessary to save the life of a woman.”

So why are there still politicians who say abortion is sometimes a necessary medical procedure? I submit that it’s because they are not using language accurately. As Dr Kolb (mentioned above) points out, medical treatments/procedures have different purposes, which need to be made clear. Many politicians are not making this clear. Prime Minister Justin Trudeau is one such politician.

Summary: Even if abortions are needed to preserve the health of a mother, this small number (less than 5 percent) doesn’t justify the abortion practice in general; and according to many doctors (who use language accurately), abortions are not even needed medically nor to save the life of a mother.

Again: Is abortion is “essential health care”? In the vast, vast majority of cases this is definitely false.

According to Trudeau, “Abortion is covered under our universal health care system.” This is true. But in the context of Trudeau’s statement, the suggestion or implication is that it also should remain true.

Should it remain true? In view of the above falsehoods set out by Trudeau, the answer is no.

Because abortion is not essential health care, Canadian taxpayers can correctly judge abortion to be a non-essential medical procedure, and thus taxpayers have reasonable grounds for thinking their tax dollars need not fund abortions. These grounds are reasonable, whether one is pro-life or pro-choice.

Of course, many choices for abortion, though not medically necessary, are not made lightly (the Shout Your Abortion crowd notwithstanding, which sees abortion as a badge of honour). Those cases in which abortion choice is not medically necessary and not made lightly seem to be due to social and economic pressures. But if there are social and economic reasons for why mothers feel their only option is abortion, then tax dollars should be directed not to abortion as faux “essential health care” but instead to help pregnancy resource centers, mothers and families in need, foster care, and adoption agencies.

Prime Minister Justin Trudeau is gaslighting the Canadian public. Don’t let him, for the sake of the children. After all, every child matters.