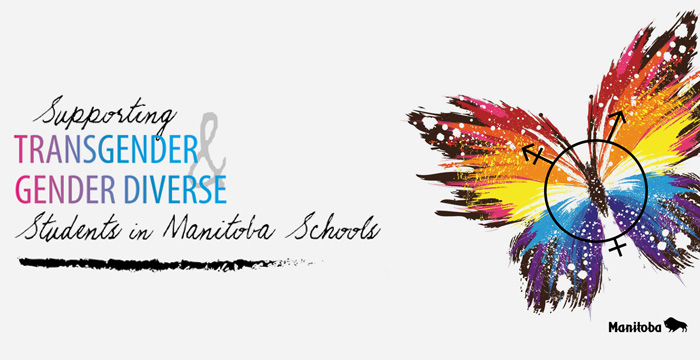 In fall of 2017 the Manitoba provincial government published the booklet Supporting Transgender and Gender Diverse Students in Manitoba Schools (Download). This booklet purports to provide guidelines for Manitoba school divisions and schools. I’ve read the booklet. My verdict: It’s rife with problems.

The document correctly tells us “Sex refers to one’s genitals and reproductive organs and other biological characteristics such as chromosome and hormone prevalence,” but it also says “These anatomical details … are generally assigned at birth.”

This is open to serious misunderstanding, especially by radical postmodern academics inclined to think language creates or distorts reality rather than accurately reflects and communicates truth.

“Assigned” suggests, mistakenly, that a nurse or doctor is the source of a newborn’s anatomical details (as, say, a mathematician assigns a value to a variable). Though the document later defines “assign” as classify, the truth (more clearly stated) is that biological facts concerning sex at birth are discerned (as real), not merely classified.

2) Questionable claims set out as immune from criticism.

But thinking people should ask: Really? Isn’t it true one’s internal sense can be out of touch with reality – and we correct such mistakes?

Think of anorexia nervosa, in which one’s feeling / internal sense (of being overweight) is mistaken. Feelings about one’s self aren’t always true.

Surely, if a biological boy feels he is a girl or a biological girl feels she is a boy, their feeling/ internal sense is also mistaken.

In view of dangers with sex-change / “transition” surgery (in transgender-friendly Sweden the rate of suicide for those who have sex-change surgery is 20 times greater than normal), isn’t encouraging transition to the opposite sex like offering liposuction to an anorexic?

3) The document asserts “students have the right to use the washroom that aligns with their gender identity” and then suggests students who disagree (because of religious beliefs, privacy concerns, or discomfort of having a member of the opposite biological sex in the washroom) should be “offered accommodations or alternative facilities such as access to a nearby all-gender or universal single-stall washroom, or other alternatives.”

But isn’t this backwards? Shouldn’t male and female washrooms (and change rooms and shower rooms) be segregated by biological sex (because of concerns about privacy and discomfort), and shouldn’t those who mistakenly feel they are the opposite sex go to the nearby all-gender or universal single-stall washroom or other alternatives?

Why should the vast majority of non-transgender students participate in and affirm the delusion of a miniscule minority? This is disrespectful to all parties. (For further thoughts about the bathroom issue, see my column “Men in women’s bathrooms?“)

4) The document assumes that “gender transitioning” should be supported and that all is well and good with “gender diversity.” But these assumptions are dubious.

References are made to pro-transgender / pro-gender-diversity resources. But no counter-considerations or criticisms are acknowledged.

The document appeals to the American Psychological Association for support. But is the APA trustworthy?

Former APA president Nicholas Cummings stated in 2005: “At the present time the governance of the APA is vested in an elitist group of 200 psychologists who rotate themselves in a kind of ‘musical chairs’ throughout all the various offices, boards, committees, and the Council of Representatives. The vast majority of the 100,000 members are essentially disenfranchised.”

Cummings adds: “special interest groups have used faulty – even false – science to promote political agendas.” This casts doubt on the APA as a credible scientific authority.

More recently, the American College of Pediatricians published the document Gender Ideology Harms Children. Clearly, all is not well with gender transitioning and gender diversity.

Space does not permit me to address other problems with Manitoba Education and Learning’s new document: e.g., teachers are required to use students’ preferred pronouns (does this compel teachers to speak falsely?); students can have a sex change without parental consent (huh?!); etc.

Dear parents, teachers, and school boards: Wake up. Say yes to safe schools, but no to ideological indoctrination.

Other Apologia columns on transgender matters:

Note to critics: Please read at least a few of my (relevant) suggested readings/ viewings before commenting. Thanks.