Will a Carbon Tax be Disruptive? 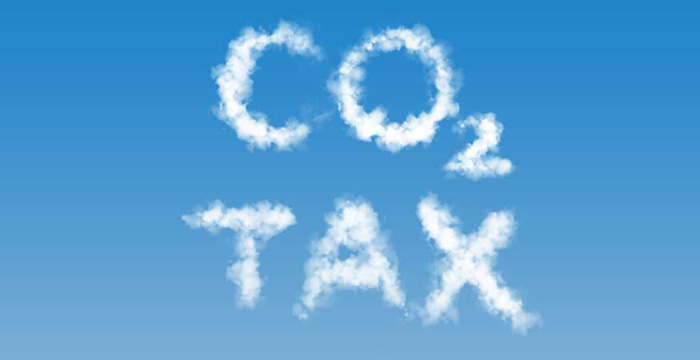 In the run-up to the federal election, we continue our examination of the carbon tax. The Conservatives say they will cancel this tax. The Liberals say they will continue with their plan to gradually increase the tax to $50 per tonne of carbon. The NDP have said they will basically continue the Liberal Plan. The Greens say they will continue the Liberal plan, but not stop the increase at $50 per tonne, but continue increasing the tax until the use of fossil fuels has been phased out. Of course each party has more to its environmental policy than this, but here we limit our discussion to the carbon tax.

A significant objection to a carbon tax is that as it becomes more significant, this will cause intolerable hardship for some sectors of the economy. Such a tax, these objectors say, could be so disruptive that our economy and country would be seriously destabilized.

The first response to this objection is that if we are indeed facing a climate crisis, as Parliament has said we are, the risk is necessary. Just as we have come together in the face of war, realizing that we need to deal with the risk arising out of action, we so we need to act now. The threat we are facing is as serious as a war. Without deliberate, drastic action, we will not have dealt with the threat.

The second response is that the carbon tax could be phased in in such a way that will minimize disruption. Phased in carefully, it would result in changed behaviour, for sure, but not disruptive change. The current tax of $20 per tonne has increased the price of gasoline by 4.4 cents per litre. I doubt that this alone will result in much behavioural change, and certainly no disruption. But we also know that it will increase by another 2.2 cents next year and by 2.2 cents twice more so that the total price increase will be 10 cents. Will that result in behavioural change? Perhaps, but only perhaps. On the other hand, knowing that this price is going to continue to go up [until Canada is carbon neutral] will motivate people making choices today. In anticipation of future increases in the price of fuel, they will plan to diminish commuting distance or purchase an electric car now because they know driving will become more expensive.

We have built an economy, a lifestyle, around artificially cheap fossil, carbon fuel. I say artificially because the development and delivery of this fuel has been subsidized by taxpayers. Even today we, the taxpayers, have just purchased a pipeline that a private company did not want. Furthermore, we, the oil and gas consumers still do not pay for the costly climate effects of our use of oil. These costs are born by us, the tax payers.

These subsidies to coal, oil and gas were put in place in a bygone era, by governments that did not understand the harmful effects of the use of fossil fuels. But today we know better. The International Monetary Fund estimates that, we in Canada, subsidize fossil fuels to the tune of $1,588 per capita annually. That’s a lot of money. We can call the elimination of this subsidy a carbon tax or the elimination of subsidies, but let’s get on with this and do the right thing.