Lessons from the October Snowstorm – We need Systemic Changes 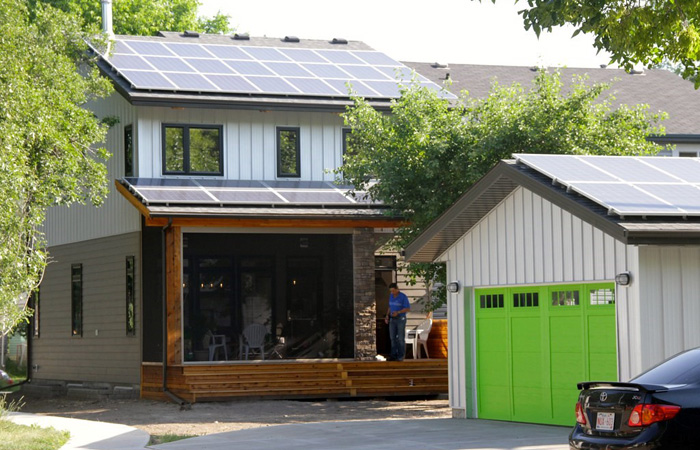 Aside from a four hour power disruption in some communities, the October snow storm did not affect us much here in the Southeast. This was not the case for other parts of the province. Significant communities were without power for two weeks and some remote communities are still depending on temporary diesel generators.

An event of this nature reminds us of our vulnerability. Some of us remember the blackout of 2003. This blackout affected the entire eastern seaboard of the US as well as southern Ontario. So how vulnerable are we? Well, who knows? Who knows how bad the weather can get? Who knows when and if terrorists will strike? Who knows when hackers might strike? Of course nobody knows, but we all know that we are inherently vulnerable. We are dependent on power generated thousands of kilometres away.

In previous weeks, three people have written about how they were affected and what they might do about this. We can, each one of us, take certain easy steps that will reduce our vulnerability – acquiring a standby generator; ensuring we have some wood burning appliance in the house, etc.

What would we, here in the Southeast, do if we were to take the risk of an extended power failure [in the middle of winter] seriously? Here are a few suggestions:

There would be incentives so homes now being built would have an orientation that would facilitate the collection of solar energy. Few people do this today. Given today’s cost of construction and given today’s energy cost, there is no need for this. Nevertheless, we all know that a house with south facing windows will collect solar energy. In the event of an extended power failure, such a house would be significantly warmer. There are cities that include an incentive to build “solar ready” in the building code, but we don’t.

We, in the Southeast have done little to avail ourselves of the forest on our doorstep. Not only do we have the Sandilands forest, we also have acres and acres of poplar bush. In Scandinavia, cities bigger than Steinbach are heated entirely with wood. However this cannot mean a wood burning stove in every house. That would result in too much smoke. A district heating system would be necessary. Our city needs to commit to that.

Our whole transportation system – vehicles, roads, parking – defaults to the car. This make us unnecessarily vulnerable. There are other options, but without greater incentives than what exist now, we will not choose these options. Our human bodies are strong enough to easily propel us to all points within Steinbach – walking or biking. And we would be healthier if we were to use our bodies for that purpose. A significant encouragement to use human powered transportation would be a denser city – not the sprawl we are seeing north of Steinbach.

I dare say, at one level we all agree that it would be good to move in this direction, but our other self says such a move would be unnecessarily radical. How big would the energy disruption need to be to convince us that we need to become radical?