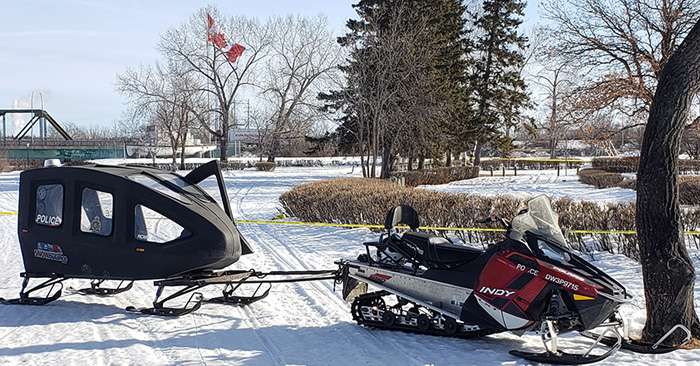 A 19-year-old stranded fisherman from Steinbach, along with two others, were recently rescued by RCMP  after their truck had gotten stuck on Clearwater Lake.

On December 31, 2021, at approximately 12:17am, The Pas RCMP received a report that a truck was stuck on Clearwater Lake.

Police learned that the three male occupants of the truck had been heading out to do some ice fishing when their truck broke down. The males were stranded and ill-equipped for the plummeting temperatures. It was reported that the temperature at the time was extremely cold, with a windchill factor of -38C.

The exact location of the stranded fishermen was unknown. It was determined that a search and rescue team, consisting of four RCMP officers, an off-duty paramedic, and a conservation officer, would attempt to locate the missing males, two aged 18 and a 19-year-old, from Steinbach.

RCMP report that after searching a large area of Clearwater Lake, the males were located in the northwest quadrant and transported back to safety. There were minor physical injuries to the stranded males and some of the searchers due to the extreme cold.