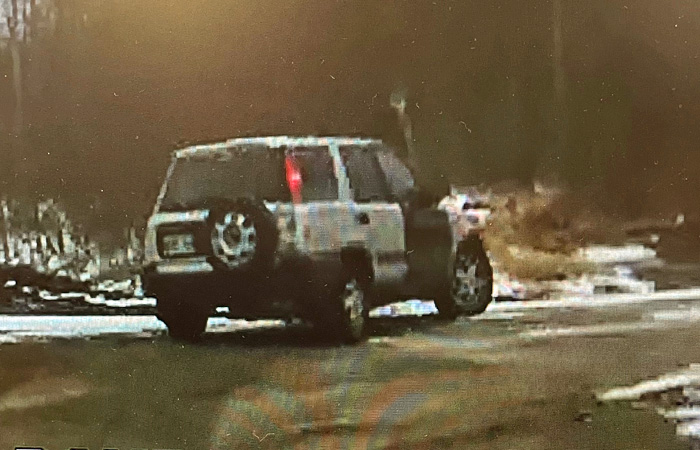 Suspect vehicle abandoned on Road 24N. Police are looking to identify the male driver who fled the scene.

St-Pierre-Jolys RCMP are currently looking for a male suspect in connection to a recent theft incident that occurred in the Rural Municipality of Hanover.

On April 13, 2022, at approximately 3:35pm, St-Pierre-Jolys RCMP responded to a report of a theft in progress near the intersection of Highway 59 and Highway 52 in the RM of Hanover. Police say that a catalytic converter from a parked vehicle was being stolen by a male suspect.

RCMP subsequently received a report stating that the suspect returned to his vehicle and fled the scene with the caller following. The information was relayed to officers from St-Pierre-Jolys and Steinbach RCMP who then responded to the area in an attempt to locate the vehicle.

Police say that the suspect vehicle was located traveling west on Road 24N. As a result, an officer attempted to pull the vehicle over, but the suspect rammed the police vehicle and fled the scene.

The driver of this vehicle is described as a Caucasian male in his 40’s, approximately 5’9″ tall, bald with a stubble beard and large nose.

The suspect vehicle was captured on camera and appears to be an older model, grey coloured Honda CRV with a black coloured front passenger door.

RCMP are asking anyone with information in relation to this vehicle or its driver to contact the St-Pierre-Jolys Detachment at 204-433-7433 or CrimeStoppers anonymously at 1-800-222-8477. You can also submit a secure tip online at manitobacrimestoppers.com.