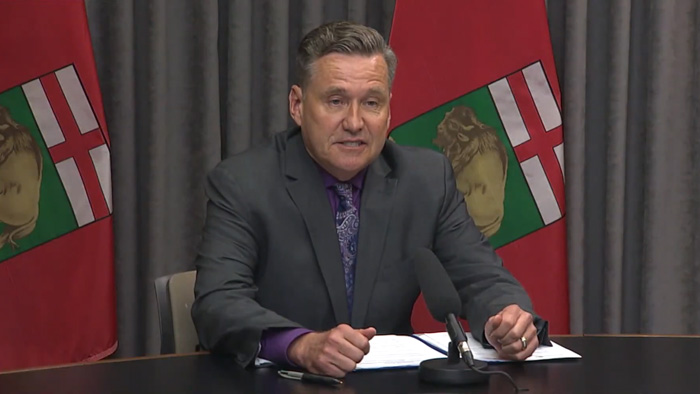 “After a very long and unprecedented spring flood season, many Manitobans want to know how all the precipitation we received will impact summer conditions so they can prepare for whatever may come,” said Piwniuk. “The 2022 Summer Conditions Report provides a high-level overview of current basin conditions, the forecast summer precipitation and temperatures, and the expected flows and levels for Manitoba’s major rivers and lakes.”

From April 1 to June 19, most of southern Manitoba received near-record precipitation that resulted in a prolonged spring flood period. The report outlined the fourth-largest flood in history was recorded on the Red River, while record flooding was observed on the Winnipeg River system, the Whiteshell lakes and Fisher River. Record flooding was also observed in the Parklands region and along the tributaries of the Red River. Unprecedented rains, on top of very saturated soils, resulted in significant and widespread overland flooding across the province, resulting in multiple road closures and damages to crossing and road infrastructure.

Lake Manitoba, Lake Winnipegosis and Lake St. Martin are expected to be back within their operating ranges this summer, the minister said, adding Lake Winnipeg is expected to remain above the operating range. As most lakes continue to be above normal seasonal levels, the risk of flooding on most major lakes in Manitoba due to wind effects will remain higher than normal throughout the summer.

Climate models indicate a potential for normal to wetter-than-normal precipitation for July, August and September, with temperatures forecast to be near normal to warmer than normal for most Manitoba basins. The National Weather Service (NWS) Climate Prediction Center’s outlook indicates below-normal precipitation and near-normal temperature within the U.S. portion of the Red and Souris river basins from July to September.

Soil moisture in most Manitoba basins is normal to above normal, with some areas indicating well–above-normal soil moisture conditions. These wet basin conditions will contribute to increased surface run-off if heavy summer precipitation develops, the minister said.

The Hydrologic Forecast Centre (HFC) works in collaboration with Environment and Climate Change Canada, the National Weather Service and flood forecasters in neighbouring jurisdictions to regularly monitor basin conditions and provide updates as needed throughout the summer. Manitobans are reminded to check their regular weather apps for the most up-to-date daily forecasts.