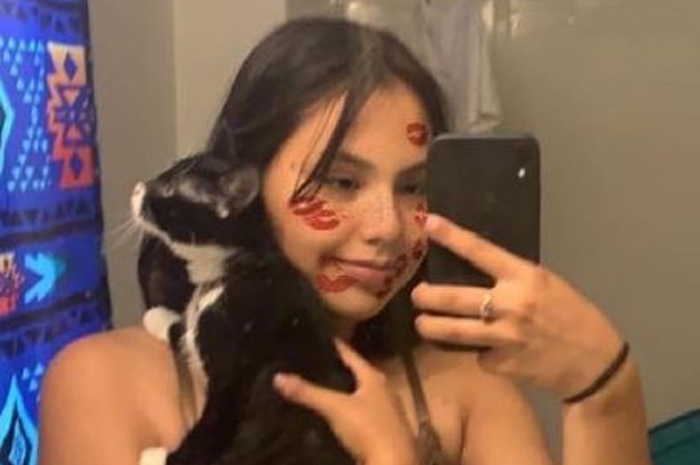 Steinbach RCMP are asking the public for any information into the whereabouts of a missing female youth from the community, 16-year-old Morning Star Bear.

On August 6, 2022, at 12:40pm, Steinbach RCMP received a report stating that Morning Star Bear was missing from a residence located on Elm Avenue in Steinbach. Morning Star was last seen the evening prior at around 7pm when she left her home with her boyfriend in a pickup truck and was believed to be heading to the local 7-Eleven.

Police believe that Morning Star Bear is in the City of Winnipeg.

RCMP and Morning Star’s family are concerned for her wellbeing. Anyone with information regarding her whereabouts is asked to call the Steinbach RCMP at 204-326-1234 or CrimesStoppers anonymously at 1-800-222-8477. You can also submit a secure tip online at manitobacrimestoppers.com.