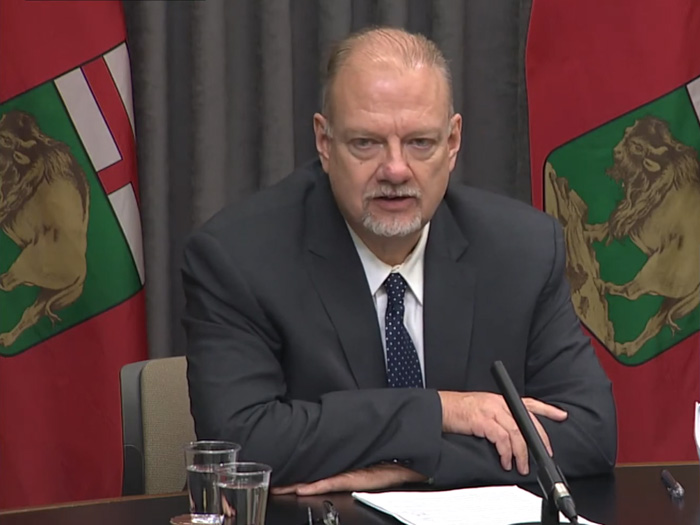 Bear spray is an important and useful tool in protecting Manitobans from wildlife and must remain available for this purpose. However, there has been a significant increase in the use of modified bear spray by criminals as a weapon against people, particularly in the city of Winnipeg and recent changes to Canadian law make it more difficult to punish those who intend to use it in criminal acts.

The leadership of the Winnipeg Police Service (WPS) have raised this as a specific concern with me noting that offenders are purchasing and modifying bear spray cans by camouflaging the brightly coloured canisters to avoid detection when carrying it in public, with the intention to use it against people in the commission of a robbery or other crime.

Following recent changes resulting from court decisions, it has become more difficult to charge individuals with using bear spray as a prohibited weapon against people. This is despite the fact that modified bear spray has been used in random attacks on transit buses, at popular gathering spots, and to target and temporarily disable individuals. The seemingly indiscriminate nature of some of these assaults is frustrating and troubling for Winnipeggers and all Manitobans.

The WPS has seen a startling increase in the use of bear spray in the commission of violent offences. Chief Danny Smyth has indicated to me that this year police expect a record-setting year for crimes committed using bear spray, with nearly 1,200 incidents anticipated. That would be a 40 per cent increase over 2021 and nearly 80 per cent higher than the 2017-2021 average.

Bear spray needs to remain legal and accessible for its intended purpose, protecting Manitobans when encountering wildlife. However, there needs to be greater deterrents and consequences for those who modify and use it as a weapon against individuals.

Manitoba Justice is asking the federal Department of Justice to make changes under Section 84 of the Criminal Code to include bear spray that is modified for use on people as a prohibited weapon and to make it more difficult for those who use bear spray to assault individuals to obtain bail.

I have written to federal Justice Minister David Lametti about this matter in addition to seeking to toughen the law against those who use knives in the commission of a crime. I will raise both of these issues with him next month when we meet in person.

The Manitoba government remains focused on seeking meaningful changes to toughen laws against those who use weapons in the commission of crimes rather than seeking to punish law-abiding citizens who possess them for lawful purposes.