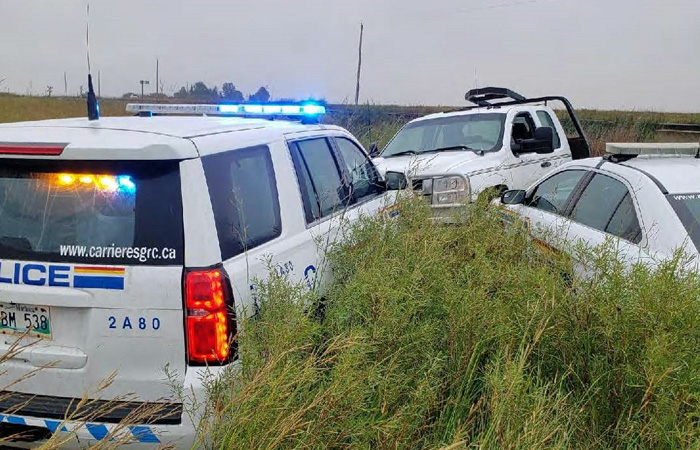 Portage la Prairie RCMP are reporting that a 29-year-old man from the area was recently arrested and charged after fleeing police in a stolen vehicle.

On September 16, 2022, at 7:10am, Portage la Prairie RCMP responded to a report regarding a citizen that was following a suspected stolen vehicle on Road 36 West, in the surrounding municipality. The citizen eventually lost sight of the vehicle, but officers responded to the area and began patrolling.

Police say that the vehicle was located and it was confirmed to be stolen. A traffic stop was initiated, but the driver refused to stop and tried to ram the police vehicle. A short time later, the suspect vehicle got stuck on Road 30 West. The driver then ran from the vehicle, stole a different vehicle, and fled the area.

The stolen vehicle was then located in the area of Highway 2 and Highway 13, but continued to flee from police. The driver then became stuck in the ditch, at which time, police were able to surround the vehicle. The driver then managed to get the vehicle free and struck one of the police vehicles.

RCMP report that the suspect, 29-year-old Curtis Livingstone from the RM of Portage la Prairie, was subsequently arrested and will be facing numerous charges related to this incident.

Police noted that one of the officers was injured during the incident and was treated and released from hospital.