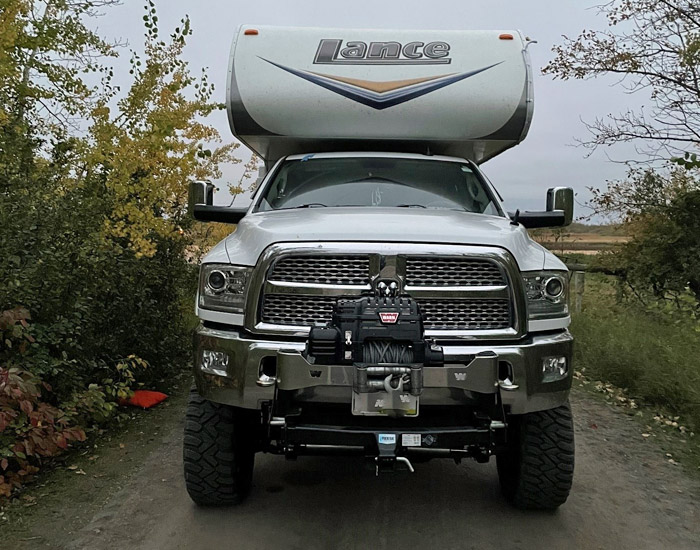 Truck and camper of male victims.

On October 1, 2022, at approximately 4:30am, Portage la Prairie RCMP responded to a report of a robbery and kidnapping that occurred at a location on Provincial Road 227, in the RM of Westlake-Gladstone.

Police say that two men were traveling in a truck with a camper, when they stopped for the night at a location on PR 227, off Highway 16, in the RM of Westlake-Gladstone. One of the men was sleeping in the truck and the other was sleeping in the camper. At 4:30am, three male suspects opened the door of the truck and yelled at the victim to get out of the vehicle. The male victim was then assaulted and threatened with a firearm. The suspects then got inside the truck and ran over the victim as they fled in the truck and camper. Police noted that the suspects were aware that there was a male inside the camper when they fled.

Officers located the truck and camper a short time later near the intersection of Highway 16 and Highway 50. The suspects had fled but the victim, a 69-year-old male from India, was located safe inside the camper. The other victim, a 33-year-old male, was taken to hospital with non-life threatening injuries.

The suspects are described as male and possibly Hispanic or Indigenous, wearing dark clothing. One suspect had a large build and was wearing a dark coloured mask over his face.

Police are asking for anyone with information regarding this incident to call Portage la Prairie RCMP at 204-857-4445 or CrimeStoppers anonymously at 1-800-222-8477. You can also submit a secure tip online at manitobacrimestoppers.com.