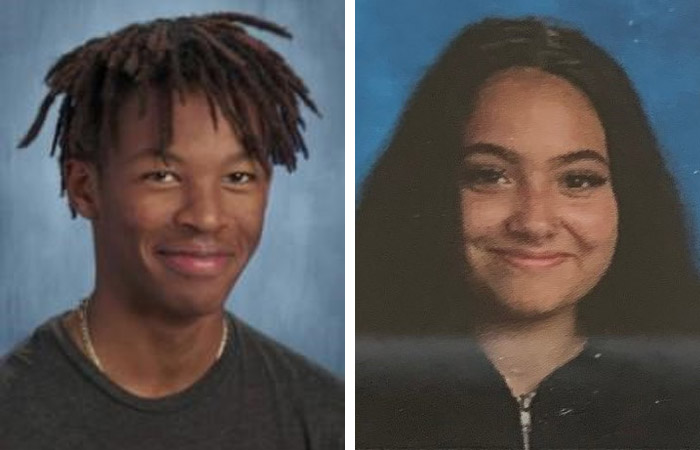 St. Pierre-Jolys RCMP are asking the public for any information into the whereabouts of two missing teens from Lorette, 14-year-old George Hassan and 16-year-old Angelina Powderhorn.

On November 4, 2022, at 8:15am, St. Pierre-Jolys RCMP received a report stating that George Hassan was missing. Hassan was last seen on November 1, when he left his residence located on Sauveur Place in Lorette.

George Hassan is described as 5’1″ tall, weighs 90lbs, has brown eyes with black hair styled in dreadlocks. He was last seen wearing a blue t-shirt, black and red sweater, red pants and a blue/black jacket.

Police believe that Hassan is in the company of 16-year-old Angelina Powderhorn, who was reported missing from Lorette on November 7, 2022, from her residence located on Dawson Road.

RCMP believe that the two youths are currently in the City of Winnipeg. Anyone with information on their whereabouts is asked to call the St. Pierre-Jolys RCMP at 204-433-7433 or CrimeStoppers anonymously at 1-800-222-8477. You can also submit a secure tip online at manitobacrimestoppers.com.

RCMP report that George Hassan and Angelina Powderhorn have been safely located.