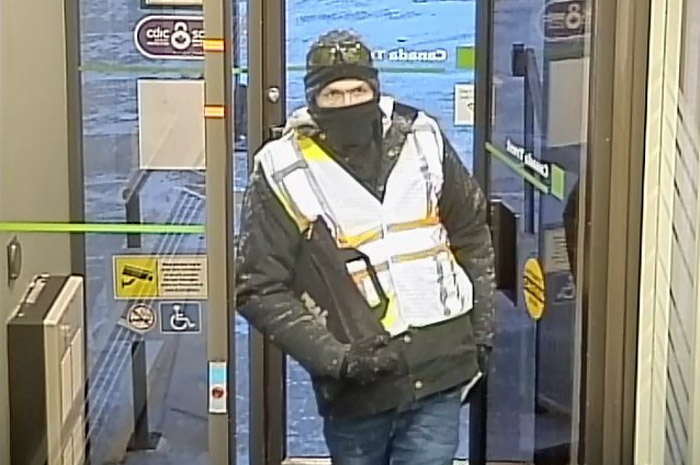 Male suspect caught on camera at the TD Canada Trust in Steinbach.

Steinbach RCMP are asking the public for any information into a recent attempted robbery incident that occurred at the TD Canada Trust bank located on Main Street in Steinbach.

On November 10, 2022, at approximately 4:55pm, Steinbach RCMP responded to an attempted robbery at the TD bank in Steinbach.

Investigation determined that a male suspect entered the bank and handed the teller a note demanding money. Police say that there were no weapons seen and that the suspect left the bank shortly after without obtaining any money.

The male suspect is described as tall with a slim build, has blue eyes, and was wearing a black jacket, blue jeans, black toque, black face covering, and a high visibility vest.

Police believe that the suspect left the scene in a small black vehicle or SUV.

If you have any information regarding this crime, you are asked to call Steinbach RCMP at 204-326-4452 or CrimeStoppers anonymously at 1-800-222-8477. You can also submit a secure tip online at manitobacrimestoppers.com.