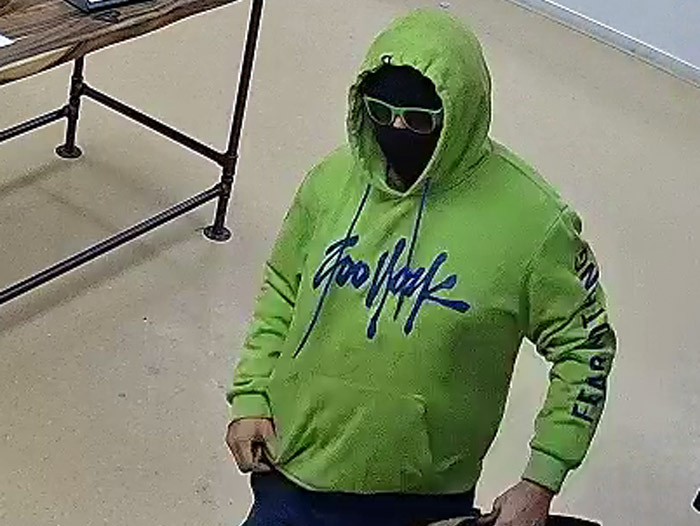 Gimli RCMP are asking the public for any information regarding the identity of a suspect connected to a recent robbery incident that occurred at a business located in the community.

On November 15, 2022, at approximately 9:55pm, Gimli RCMP responded to a robbery at a business located on 1st Avenue, in Gimli, Manitoba.

Police learned that at approximately 9:45pm, a male suspect entered the store with a machete, threatened the employee and then left with a number of items. He then returned to the store minutes later and demanded cash before fleeing on foot with an undisclosed amount of cash.

Officers made extensive patrols in the area looking for the suspect, but were unsuccessful.

The male suspect is described as being possibly between 35 and 45 years age. At the time of the incident, he had his face covered and was wearing sunglasses and a bright yellow/green hoodie with “Zoo York” graphics on the front. Police noted that he was also carrying a tan backpack.

If you have information regarding this crime, you are asked to call Gimli RCMP at 204-642-5106 or CrimeStoppers anonymously at 1-800-222-8477. You can also submit a secure tip online at manitobacrimestoppers.com.