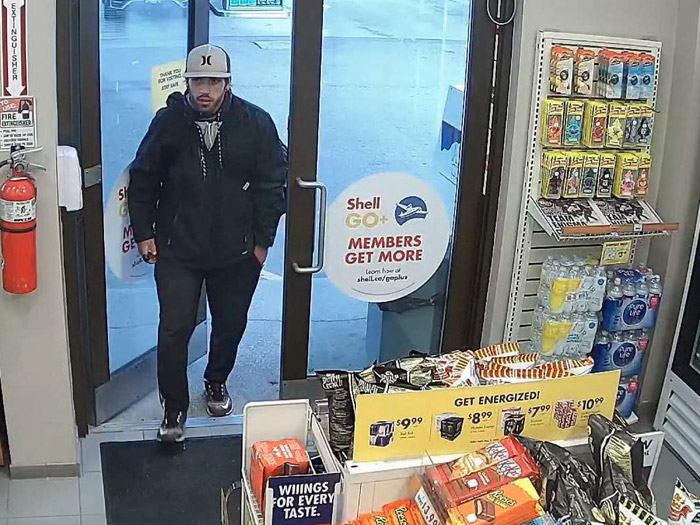 Suspect caught on security camera at a Winnipeg gas station on September 23, 2022.

Steinbach RCMP are asking the public for any information that may help identify a suspect involved in a recent theft incident that occurred in Blumenort, Manitoba.

On September 23, 2022, Steinbach RCMP received a report of a motor vehicle theft. The owner of the vehicle advised officers that his wallet, containing his debit card, was stolen from his vehicle which had been located in Blumenort at approximately 7am the same day.

Police say that at approximately 9:30am, a charge on the card was made at a gas station in Winnipeg. RCMP report that an unknown male suspect was viewed on surveillance purchasing items at the time.

The male suspect is described as Caucasian, approximately 5’10” tall, has a dark beard, and was wearing a dark hoodie, dark pants, and a black and white hat

If you have any information regarding this crime, you are asked to contact the Steinbach RCMP Detachment at 204-326-4452 or CrimeStoppers anonymously at 1-800-222-8477. You can also submit a secure tip online at manitobacrimestoppers.com.