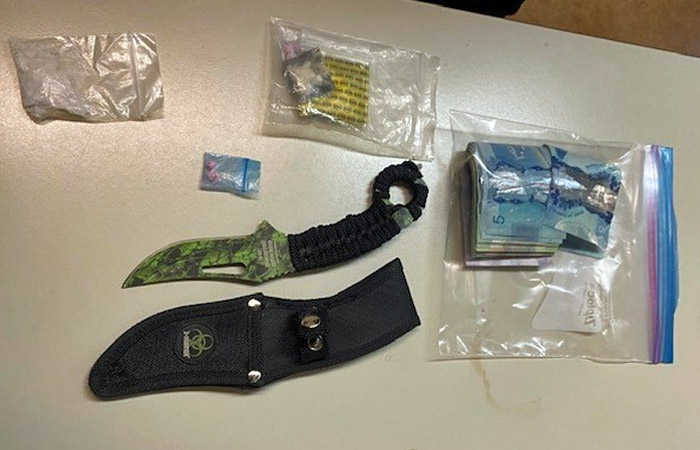 Portage la Prairie RCMP are reporting that a 30-year-old male suspect has been arrested and charged after he was found to be carrying drugs and a weapon at the courthouse located on Tupper Street North, in the community.

On December 2, 2022, at approximately 9:45am, Portage la Prairie RCMP responded to a call regarding a male suspect in possession of drugs and a knife at the local Provincial Court Office.

Police say that the suspect had attended the courthouse and was subsequently searched by a Sheriff. Subsequently, he was found to be in possession of cocaine, methamphetamine, fentanyl, a knife and a sum of cash.

Officers responded to the scene and placed 30-year-old Frederick Roulette under arrest.

RCMP report that Roulette is now facing numerous charges including possession for the purpose of trafficking, carrying a concealed weapon and possession of property obtained by crime.