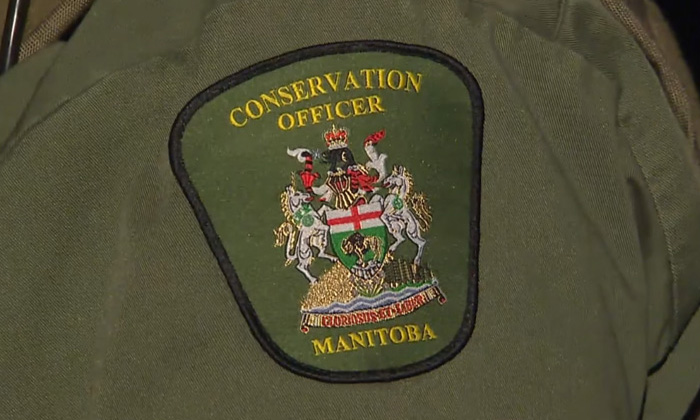 Manitoba Natural Resources and Northern Development are reporting that conservation officers, through a variety of enforcement activities, have fined and ticketed numerous individuals for illegal activities during the months September through November of 2022.

On Sept. 5, 2022, a conservation officer and park patrol officer were on patrol in the Thompson district when they observed four people walking down a trail into the bush. When the group emerged, one hunter was carrying two firearms and when questioned, two other people claimed not to be hunting. After setting up surveillance, the fourth hunter was observed carrying a loaded shotgun. The individual from Thompson was issued a ticket for hunting a game bird without a licence. He was issued a $298 ticket and received a one-year suspension of his big game and game bird hunting licences.

On Sept. 23, 2022, a conservation officer and park patrol officer from the Thompson district were conducting hunter compliance checks near Lynn Lake when officers found a hunting camp on Laurie Lake. Officers observed a boat returning to the camp and conducted a compliance inspection and found a loaded firearm in the boat. The owner of the firearm, a Steep Rock resident, was issued a ticket for having a loaded firearm in a vehicle and the firearm was seized. He was issued a $486 ticket and issued a one-year suspension of his big game and game bird hunting licences.

On Sept. 29, 2022, a conservation officer and park patrol officer from the Thompson district were conducting hunter compliance checks near Gillam. Officers observed a male dressed in camouflage carrying a rifle emerge from a wooded trail with fresh moose tracks. The hunter, a Gillam resident, was issued a ticket for failing to wear the required hunter orange. He was issued a $203 ticket.

On Oct. 8, 2022, a conservation officer and park patrol officer from the Thompson district were conducting a patrol for moose hunters on the Grass River near Wabowden. They observed an individual boating across Fish Lake and conducted a compliance inspection. A single rifle was laying in an open gun case and the hunter produced a valid moose hunting licence but could not produce the associated game tag portion of the licence. The hunter, a Thompson resident, was issued a $486 ticket for failing to produce a licence on the request of an officer. Hunters must carry a licence, including the game tag portion of the licence, as the tag must be notched immediately when the animal is harvested.

On Oct. 10, 2022, a conservation officer and park patrol officer were conducting a patrol near Paint Lake when they saw two vehicles – a truck followed by a car – travelling on a decommissioned rail bed. Two males were sitting on the sides of the truck bed. When the officers approached the truck, the driver stated they were going fishing and hunting grouse. A firearm was located under a spare tire on the truck bed floor and it had one live round in the chamber. The magazine for the rifle was also found on the floor of the truck bed. The passenger, a Mitchell resident, was issued a ticket for carrying or having a loaded firearm in a vehicle and the firearm was seized. He was issued a $486 ticket and received a one-year suspension of his big game and game bird hunting licences.

On Oct. 30, 2022, a conservation officer observed two men walking down a forestry road near Thompson, each carrying a firearm. The officer observed one of the men manipulating the action of his firearm. The man said he was not hunting, just carrying a second gun for his partner. He then said he was hunting grouse and had purchased his licence the night before but did not have it with him. When the officer checked the e-licensing database, he found that the hunter had bought his licence 15 minutes after the officer first made contact. The hunter, a Thompson resident, was issued a ticket for hunting a game bird without a licence. If convicted, he faces a $298 fine and a one-year suspension of his big game and game bird hunting licences.

On Nov. 10, 2022, conservation officers from Beausejour received a call from the Anola area reporting a poaching incident. The homeowner heard a gunshot close to her home and immediately after, she saw a white truck pull up and attempt to load a large-bodied animal before driving out of sight. Officers responded and observed a vehicle matching the description leaving the area. A vehicle stop was conducted and the officer observed fresh blood on the tailgate and on the truck driver, a resident of Linden. While the vehicle stop occurred, additional officers searched where the truck was first seen and found a freshly killed white-tailed deer. The truck was then seized. Officers were granted a search warrant for the truck and obtained blood and white-tailed deer hair samples for DNA comparison with the deer found in front of the residence. The matter remains under investigation.

On Nov. 14, 2022, a conservation officer from the Pine Falls district was performing compliance checks just south of Thalberg. The officer patrolled an area of Crown land and observed a newly erected gate with a cable and lock, restricting access. The officer opened the gate and observed a truck with two occupants dressed partially in hunter orange. The officer initiated a hunter compliance check, inspected two firearms and determined the passenger’s rifle was loaded. The firearm was seized and the passenger, a West St. Paul resident, was issued a ticket for $486 for having a loaded firearm in a vehicle. The officer also observed a freshly poured line of grain and corn in the snow and fresh footprints leading back to the suspect’s vehicle. The officer issued both individuals $672 tickets for hunting within 800 metres of a cervid bait. During the compliance check, a second pair of individuals arrived at the location. One of the individuals admitted to placing the gate at the entrance to the Crown land. That individual was issued a removal order under the Crown Lands Act for erecting a structure on Crown land without authorization and given a week to remove the gate.

Anyone with information on illegal activity is asked to call a local Natural Resources and Northern Development office or the Turn in Poachers (TIP) line at 1-800-782-0076.