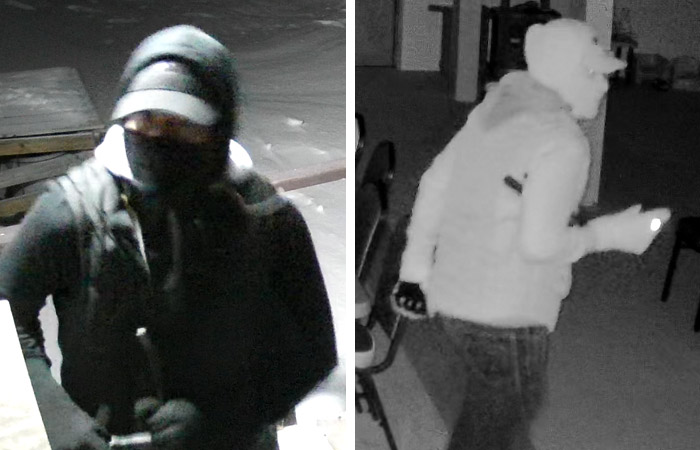 Steinbach RCMP are currently investigating a recent string of break, enter and theft incidents that occurred at a number of local churches in Steinbach and the surrounding area.

On January 15, 2023. at approximately 9am, the Steinbach Christian Mennonite Church was broken which resulted in a soundboard being stolen.

On January 16, at approximately 1:30pm, police learned that the First Baptist Church in Steinbach had been broken into overnight. In this incident, suspects made off with the Sunday offerings and caused damage inside the church.

On January 17, at approximately 6:51pm, Steinbach RCMP received a report of break, enter and theft that had occurred at the Covenant Reformed Church, located just outside of Steinbach. As a result of security cameras, the culprit can be seen breaking into the church and rummaging through different areas inside the church. Stolen in this incident was a guitar with case, along with a propane tank.

RCMP report that the culprit was seen leaving the Covenant Reformed Church in a grey, 2008 Hyundai Accent with Manitoba plate LCZ208. The suspect vehicle was reported stolen from the Steinbach Aquatic Centre on January 15 at approximately 6:30pm.

Police are unsure if these three incidents are related, however, it is believed that they might be due to the occurrence dates.

If you have any information in regards to these crimes, you are asked to contact the Steinbach RCMP Detachment at 204-326-4452 or CrimeStoppers at 1-800-222-8477. You can also submit a secure tip online at manitobacrimestoppers.com.

The Country Perogy Shop is a family-operated business specializing in the production of gourmet home style recipe perogies that are made in Manitoba.