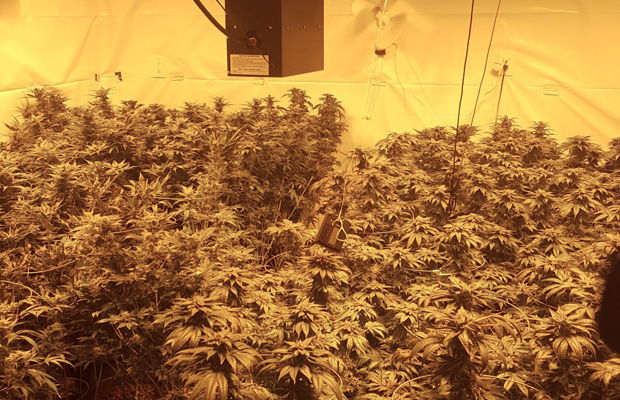 Marijuana grow-op discovered by RCMP at a residence in the RM of Rockwood, MB.

On June 3, 2017, Stonewall RCMP and the RCMP Emergency Response Team executed a Controlled Drugs and Substances Act warrant at a residence in the RM of Rockwood, just east of Balmoral, Manitoba.

Police say that officers entered the residence and discovered a marijuana grow operation. As a result, five people in the residence were taken into custody. In total RCMP seized 76 plants, drug paraphernalia and cash.

RCMP report that 42-year-old Terry Tronrud and 41-year-old Erin Tronrud are facing numerous drug-related charges, including possession for the purpose of trafficking marijuana. They have both been released pending an upcoming court date.

RCMP remind the public that those who produce and traffic illicit drugs destroy lives, homes and communities. The RCMP remain fully committed to enforcing laws against illicit drugs to their fullest extent.