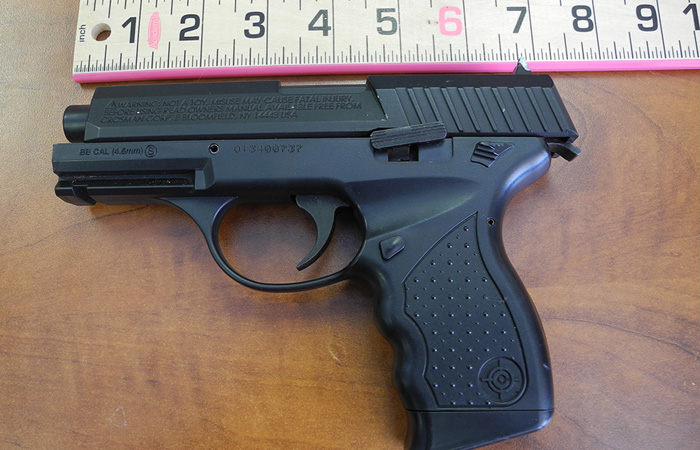 A Rossburn Collegiate student has been arrested by RCMP after finding a replica pistol in his possession.

On March, 14, 2018, at approximately 1pm, Rossburn RCMP were made aware of a social media post showing a student at Rossburn Collegiate in possession of a handgun. As a precaution, the school was placed in lock-down. Once the student was identified, RCMP quickly located the suspect and arrested him near the school. Upon searching the suspect, RCMP recovered a CO2 powered replica pistol with ammunition.

Police say that there was no one was harmed during the incident and no other students are being investigated. Upon the suspect’s arrest, the lock-down was lifted.

RCMP report that 19-year-old Randy Jordan Oudie of Dauphin, Manitoba, has been charged with possession of a weapon for dangerous purposes and carrying a concealed weapon. He has been remanded into custody and police continue to investigate.