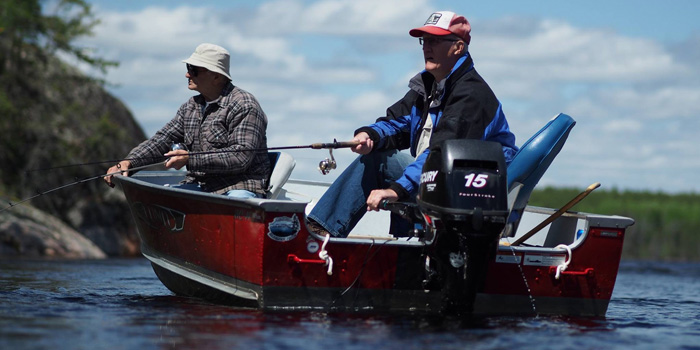 Recreational angling opens May 12 in southern Manitoba and May 19 in remaining areas, but regardless of where people fish, the province is calling on anglers to respect the rules around moving watercraft, water-related equipment and firewood.

“Manitobans are hooked on fishing, and so are the tourists who are lured to visit our beautiful lakes and rivers, generating more than $200 million in direct and indirect impacts to our economy,” said Sustainable Development Minister Rochelle Squires. “That’s a lot of lines in the water, and we want to remind and encourage all anglers to be sure they clean, drain and dry their boats to protect our rivers and lakes from aquatic invasive species.”

All anglers need an angling licence to fish in Manitoba, except the following people:

Angling licences are available at Manitoba Sustainable Development offices and numerous licence vendors throughout the province. Anglers should be familiar with Manitoba’s fishing regulations. When purchasing a licence, anglers should obtain the Manitoba 2018 Anglers’ Guide to review provincial regulations. The Manitoba 2018 Anglers’ Guide can also be found online at www.manitobafisheries.com.

Watercraft users are reminded to do their part in preventing the spread of zebra mussels and other invasive species. Watercraft inspection stations will be set up this weekend in Selkirk (Selkirk Park boat launch), Headingley (weigh station) and Eriksdale (PTH 6 at PTH 68E). It is mandatory that people with any kind of watercraft, including boats, canoes, and other personal watercraft, must stop at the inspection stations when they are open.

Before leaving any body of water, take the proper steps to:

The minister noted another important change for campers and tourists to be aware of this year is the confirmed presence of the emerald ash borer in Manitoba and the designation of Winnipeg as a federally regulated area. This means firewood cannot be moved out of Winnipeg and anyone caught transporting firewood could be fined up to $1,300 for individuals or $15,000 for businesses.