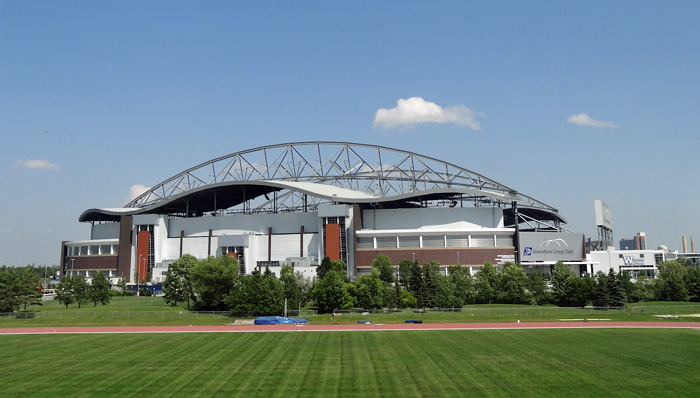 The Manitoba government is refinancing a $35.3-million loan facility obtained by Triple B Stadium Inc. (Triple B) in order to protect taxpayers’ exposure to approximately $500,000 in annual interest charges.

“The actions we are announcing today will reduce the risk to taxpayers,” said Finance Minister Scott Fielding. “This is one more step in our efforts to clean up the financial mess caused by the previous government’s mishandling of the financing of the construction of the stadium.”

The minister noted the $500,000 in annual savings will be achieved because the province can borrow at a lower rate of interest than the rate of the loan obtained by Triple B. This action will have no adverse impact on the province’s financial exposure, he said, because there is no difference between providing a loan guarantee and directly providing a loan in the event of default.

In 2015, the previous government provided a loan guarantee to Triple B to borrow up to $35.3 million for urgent repairs needed to Investors Group Field (IGF). As of November 2018, a total of $25.5 million has been borrowed by Triple B.

In addition to the construction deficiency loan, the previous government approved an initial loan of $160 million to the University of Manitoba (U of M) in 2011 to finance construction of IGF. The U of M then loaned that money to Triple B. It was a deceptive scheme that made it impossible for Triple B and the Winnipeg Football Club to pay the interest on the loan, let alone the cost of ongoing capital maintenance and repairs to the stadium, Fielding said.

Last year, the provincial comptroller determined that Manitoba was unlikely to recover the $160-million loan. As a consequence, in accordance with public-sector accounting standards, an allowance was made in the 2018 and 2017 Public Accounts for what has been deemed to be a doubtful loan.

The province continues to collect on the terms of the $160-million loan, and both Triple B and the Winnipeg Football Club remain obligated to meet their contractual commitments under the terms of that loan agreement.