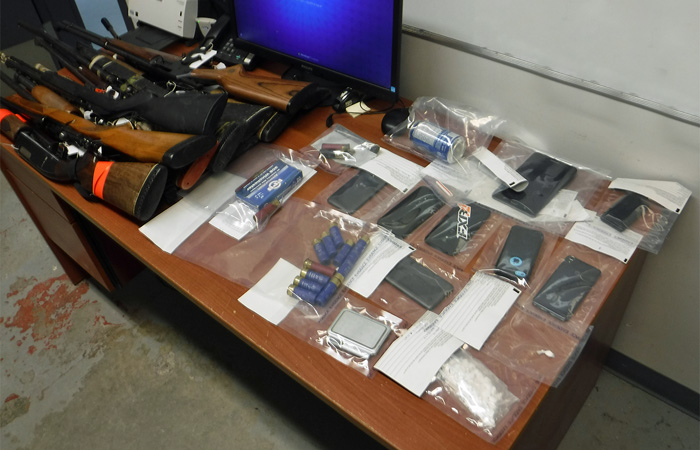 A quantity of drugs and firearms were recently seized by RCMP as the result of a residential search in Split Lake, Manitoba.

On January 11, 2019, at approximately 9:15am, Thompson RCMP executed a search warrant under the Controlled Drugs and Substances Act, at a residence located in Split Lake, Manitoba. Police say that the search of the residence resulted in the seizure of approximately 32 grams of cocaine, nine unsecured firearms (four shotguns and five rifles), two pellet guns, ammunition and drug paraphernalia, including a hollowed out soda can which is believed to have been used to transport drugs.

RCMP report that 55-year-old Baptiste Brightnose and 20-year-old Bruce Brightnose, both from Split Lake, have been charged with possession for the purpose of trafficking, unauthorized possession of a firearm and multiple counts of careless use of a firearm.