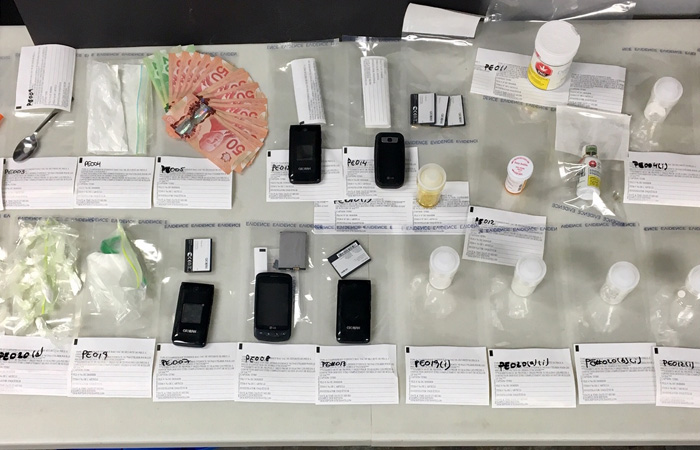 A Flin Flon man is facing numerous charges, including possession for the purpose of trafficking, after recently being arrested by RCMP.

On January 13, 2019, at approximately 8:45pm, Flin Flon RCMP were patrolling in the community when they observed two males in a parking lot. Officers stopped to speak with the men and during the conversation an officer noticed that a can of bear mace was partially hidden inside one of the men’s jackets.

Police say that the man was arrested for possession of a weapon dangerous to the public and for carrying a concealed weapon. A subsequent search of the man and a truck associated to him, resulted in the seizure of approximately 32 grams of cocaine, a can of bear mace, a large capacity .22 rifle magazine, cash and drug paraphernalia.

RCMP report that 67-year-old, Jeffery Giest, from Flin Flon has been charged with possession for the purpose of trafficking, possession of property obtained by crime, carrying a concealed weapon, failing to comply with conditions and multiple other offences.