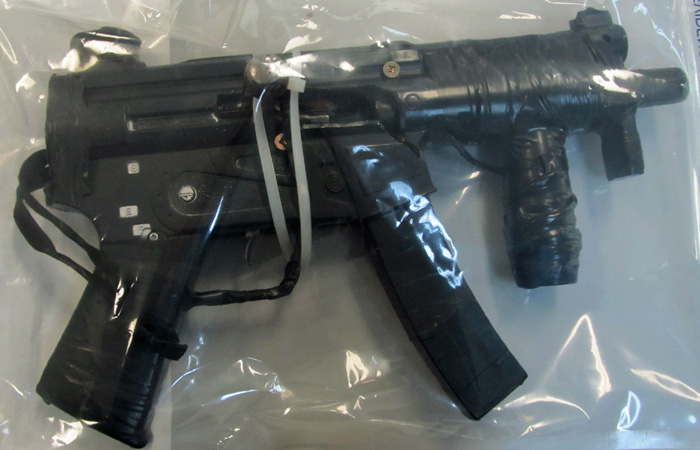 A 20-year-old Portage la Prairie man has been arrested after recently fleeing from police with items including a loaded firearm.

On March 5, 2019, at approximately 1:40am, Portage la Prairie RCMP attended a local business to arrest 20-year-old Mateo Roulette on outstanding warrants for assault, theft under $5000, and failure to comply with a recognizance. When officers arrived, Roulette attempted to flee the premises with the assistance of a 32-year-old Portage woman. Officers told Roulette he was under arrest and ordered him to stop, but he started to run and drop items from a backpack he was carrying, including a loaded firearm. Officers were eventually able to arrest Roulette and seize the firearm.

Police say that Roulette’s backpack contained numerous items including a machete, a prohibited firearm, various ammunition, prescription drugs that did not belong to him, and multiple cellular phones. When Roulette was searched, officers found more ammunition on his person.