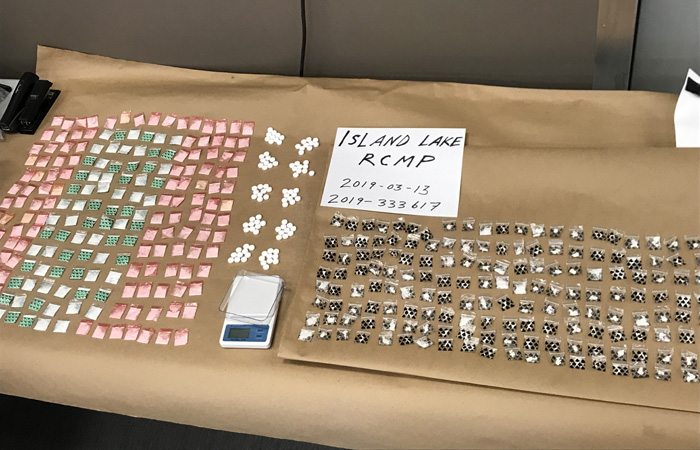 A 26-year-old Sandy Bay First Nation man has been arrested and faces drug trafficking charges after recently being arrested by Island Lake RCMP.

On March 13, 2019, Island Lake RCMP conducted a drug investigation involving a male passenger on a commercial flight to Island Lake from Winnipeg – the passenger was suspected to be trafficking illegal drugs into the Island Lake region. A subsequent search led officers to three large packages containing 140 grams of cocaine and 100 Percocet pills.

RCMP report that 26-year-old Lawrence Ashley McIvor from Sandy Bay First Nation, was arrested and charged with two counts of possession for the purpose of trafficking. McIvor has been remanded into custody and will appear in court in Winnipeg.

RCMP would like to remind the public that those who produce and traffic illicit drugs destroy lives, homes, and communities. The RCMP remain fully committed to enforcing laws against illicit drugs to their fullest extent.