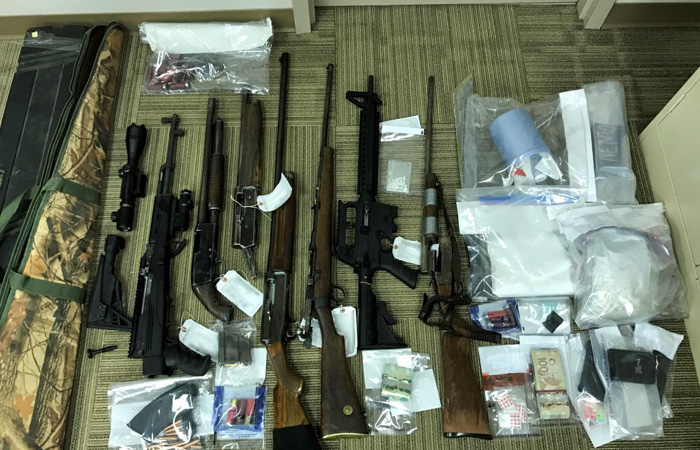 As a result of a recent search execution at a residence in Oakbank, RCMP seized a quantity of drugs and firearms, including two assault rifles.

During the evening of April 3, 2019, Manitoba RCMP executed a search warrant under the Criminal Code and the Controlled Drugs and Substances Act, at a residence located on Main Street in Oakbank, Manitoba. As a result of the search, RCMP seized a variety of drugs including methamphetamine, cocaine and fentanyl. Also seized were numerous firearms including two assault rifles with readily accessible ammunition and high capacity magazines.