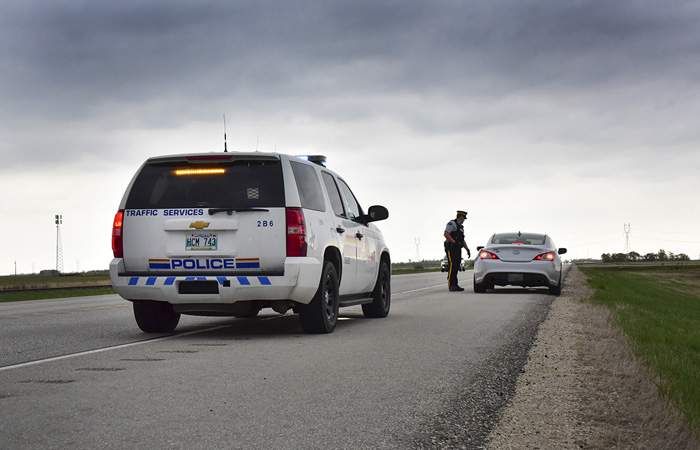 This week is Road Safety Week across the country, a national campaign to make Canada’s roads the safest in the world.

The week of May 14 to May 20 has been strategically chosen as it is the first “summer” long weekend. More people are traveling on the roads and traffic collisions are more frequent. Police vehicles will be stationed at key locations around the province to remind people that safe driving habits save lives and reduce injuries on our roadways.

For many Manitobans, driving is a routine part of their lives but it is also potentially one of the most dangerous activities they do every day. This is why we must all do our part to keep our roads safe. Whether you drive a car, motorcycle, bicycle or are a pedestrian, it is important that you focus on the road, pay attention and be aware of changes in your surroundings at all times.

As part of Canada Road Safety Week from May 14 to May 20, the RCMP in Manitoba will be participating in National Impaired Driving Enforcement Day on May 18, which will involve additional resources deployed throughout the province conducting checkstops, rural gravel road patrols and additional traffic enforcement.

“This year, Manitoba RCMP responded to 15 fatal collisions that killed 15 people – with every collision being preventable,” said the Manitoba RCMP. “We have seen drivers not wearing seatbelts, using handheld devices and driving impaired. “Manitobans need to know that unsafe driving behaviours will lead to serious injuries or even death.”

RCMP remind the public to buckle-up, put the phone down, drive sober and slow down. The 15 lives that were lost on Canadian roads this year is simply tragic.