Whiteshell Provincial Park to see $7.5 million in provincial funding for improvements and upgrades 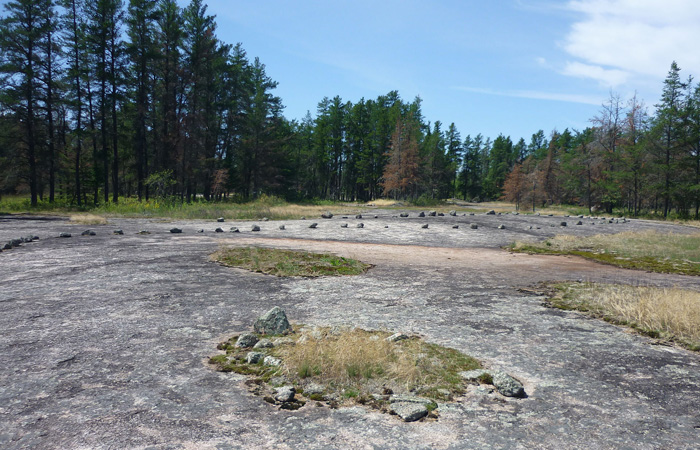 As part of Budget 2019 capital investments, the Manitoba government is providing over $7.5 million for improvements in Whiteshell Provincial Park including new washroom and shower facilities, a water treatment plant and road upgrades.

“From fishing to camping, to canoeing and hiking, there is so much to do and enjoy in the Whiteshell Provincial Park,” Sustainable Development Minister Rochelle Squires said. “Our government is committed to maintaining and enhancing our provincial park system so that Manitobans and visitors can enjoy a wide array of natural beauty and recreational opportunities for years to come. While some projects are complete and ready to greet outdoor enthusiasts, others will start soon or be underway as part of our commitment to commemorate Manitoba’s 150th anniversary.”

In addition to upgrades already announced for Grand Beach, Winnipeg Beach, Asessippi and Spruce Woods provincial parks, significant upgrades are underway in the Whiteshell Provincial Park. A new water treatment plant will include green-sand filtration and additional chlorination to ensure better water quality based on local conditions. At Big Whiteshell Lake Campground, a new modern and accessible washroom and shower facility has been built. It includes many environmentally friendly features such as low-flow plumbing fixtures and sensor-activated LED lighting. Later this year, the campground office will be moved to a new foundation because the current site is shifting. The office will be refurbished and will include accessibility improvements. The new office is expected to be ready to greet campers when the campground opens in 2020, Squires said, adding the total budget for the water treatment plant, new washroom and shower facility and moving the campground office is approximately $1.65 million.

Two larger projects in the park involve asphalt and gravel road improvements in the Big Whiteshell campground and cottage areas, and asphalt resurfacing along Falcon South Shore Road. The Falcon project will be phased over two years and include widening the road shoulder to accommodate cycling where space permits. These projects total $6 million and are scheduled to start later this year, to be completed as part of the province’s commemoration of MB150.

In addition, the province is offering free access to provincial parks this weekend. Visitors will not require park vehicle permits from June 7 to 9 but nightly camping fees and fees in national parks still apply. This is also Family Fishing Weekend, meaning anglers will be able to fish without a licence provincewide on June 8 and 9. The minister noted that conservation limits will apply and a federal licence will still be required to fish in national parks.

Water users such as boaters and anglers are reminded of the requirements to stop the spread of zebra mussels and other aquatic invasive species (AIS). Before leaving any body of water, remove aquatic plants and aquatic invasive species, drain all water from watercraft and water-related equipment, and remove drain plugs before transporting watercraft over land. Dry or decontaminate all water-related equipment before placing it in another water body. When boating or angling in an AIS control zone, there are additional requirements. Bait must be properly disposed of prior to leaving the shore and anything used in the water must be decontaminated before it can be placed into another water body.

The province has instituted a series of set fines under the AIS legislation that are in effect year-round and carry a range of penalties, depending on the offence. Fines range from $174 to $2,542. The 2019 Watercraft Inspection program is also in full swing. All stations are operating in Selkirk, Headingley, Mulvihill (north of Eriksdale), Swan River, The Pas and Grand Rapids. Anyone transporting a boat, canoe, Jet Ski or other type of watercraft over land, must stop at the inspection stations when they are open. The set fine for failing to stop at a watercraft inspection station is $672.