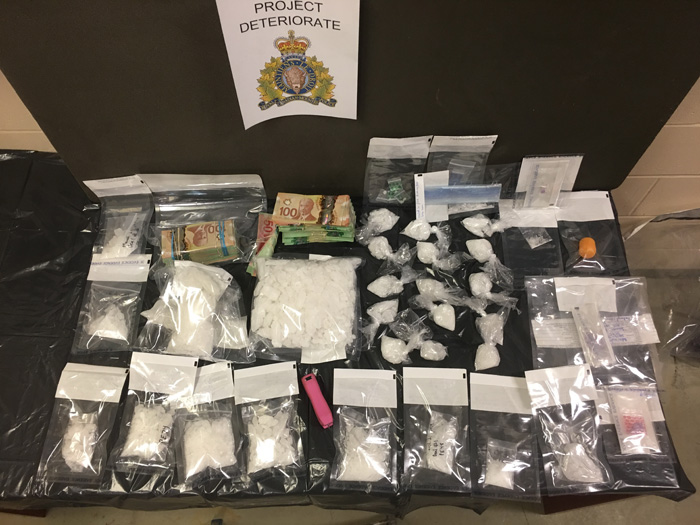 Project Deteriorate, an RCMP initiative targeting Interlake drug trafficking networks, has resulted in the arrest of three individuals and numerous charges being laid.

Project Deteriorate began in November 2018 and was undertaken by officers of the Selkirk General Investigation Section. Police discovered a drug trafficking network being operated from within Selkirk and the City of Winnipeg which was believed to be supplying drugs to the various communities throughout the Interlake region.

On June 19, 2019, officers executed a search warrant at a residence in the City of Winnipeg. As a result of this investigation, officers seized over two kilograms of methamphetamine, a quarter of an ounce of fentanyl / heroin, $25,000 in Canadian currency, a Chevrolet Trax vehicle and a conducted energy weapon.

“The impact of this investigation is far reaching and has affected the drug supply chain to various Interlake communities,” said Inspector Allan Hofland, Officer in Charge of Selkirk RCMP. “Our communities are seeing the negative impacts that stem from the drug trade such as property crime, assaults, robberies, and home invasions.”

As a result of Project Deteriorate, 34-year-old Larry Albert Pottinger of Winnipeg, 36-year-old Connie Amanda Barker and 53-year-old Lise Chantalle Malenfant of Selkirk were arrested and remanded into custody. All subjects are facing numerous drug-related charges.

RCMP report that the investigation is ongoing as further arrests are anticipated.