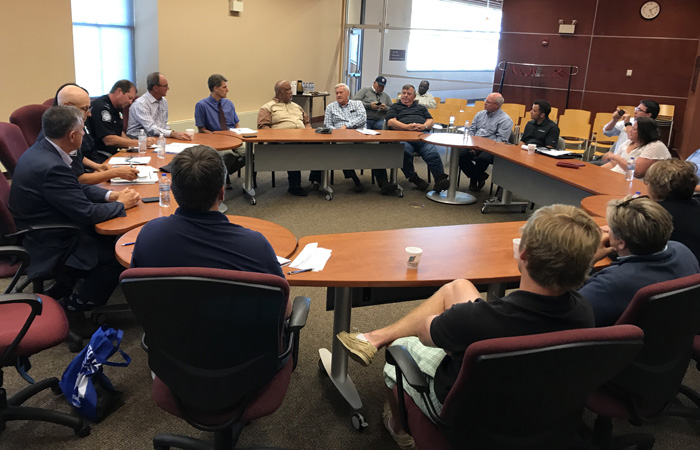 Ted Falk, Member of Parliament for Provencher, recently traveled to Lancaster and Roseau Minnesota, to meet with members of the U.S. House of Representatives to discuss the change in border crossing hours affecting several border communities.

“Reduced border hours on the American side of the border are a real problem for residents in Provencher,” said Falk. “I was very pleased that we were able to get the proposed decrease in hours on the Canadian side cancelled last November. However, the problem still exits on the US side and it affects both Canadians and Americans.”

“Canadians who live along the border are inextricably linked together with the communities on the American side,” said Falk. “These changes have created numerous problems for people who rely on crossing the border regularly.”

Last fall, MP Falk worked with the Public Safety Minister and was successful in seeing the proposed changes in port hours put on hold on the Canadian side.

“I spoke directly with Public Safety Minister Ralph Goodale in Ottawa when the news of the reduction of hours came to light. I shared with him letters from the local Reeve’s and MLAs of the areas affected,” stated Falk. “And, of course, I joined with the hundreds of local residents to share my concerns at the public meetings – which were held after the decision had already been made. We were so please when those changes were put on hold.”

Now, Falk is working with those on the US side to return this important service to these affected communities.

“Hopefully we’re as successful in convincing US officials to change their decision as we were here in Canada,” said Falk.