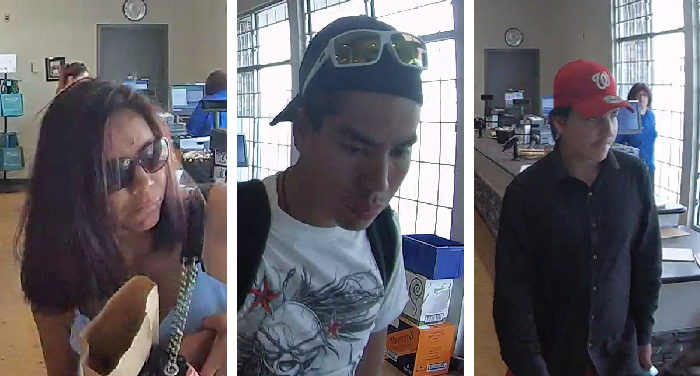 Suspects caught on camera at the Steinbach Liquor Mart store.

Steinbach RCMP are asking the public for any information that may help identify three suspects involved in a recent theft incident at the Steinbach Liquor Mart store.

Police say that an August 1, 2019, at approximately 4pm, two male suspects, along with a female suspect, entered the Liquor Mart located on Highway 12 North in Steinbach. Police noted that all three individuals appeared Indigenous.

Investigation determined that after walking around the store for a period of time, the female suspect picked up and paid for one can of product while the two male suspects selected product and exited the store without making any effort to pay.

Steinbach RCMP are requesting the public’s assistance in identifying any of the suspects involved in this crime.

If you have any information in regards to this incident, you are asked to contact the Steinbach RCMP Detachment at 204-326-4452 or CrimeStoppers at 1-800-222-8477. You can also submit a tip online at www.manitobacrimestoppers.com.