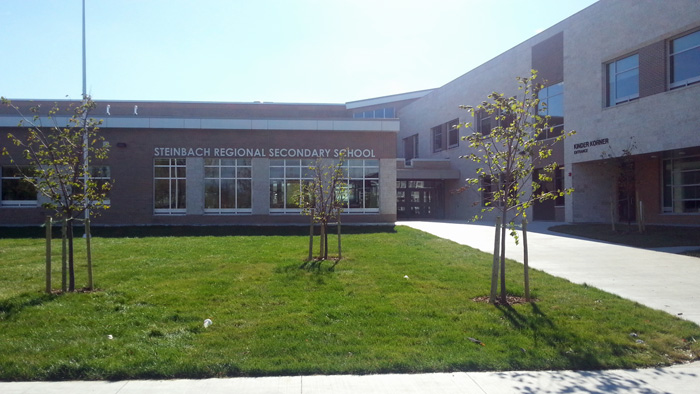 A recent altercation at the Steinbach Regional Secondary School (SRSS) led to a school lockdown, as well as all other Steinbach schools being placed in a hold and secure state.

On September 18, 2019, at approximately 2:50pm, Hanover School Division (HSD) became aware of an altercation on the property of the SRSS located on McKenzie Avenue. Initial reports indicated that the altercation was between SRSS students and that a gun was drawn.

The SRSS was placed in immediate lockdown and a call was made to 911. Steinbach RCMP were quickly on scene and began a search for the suspect, which included a complete sweep of the school. Given the seriousness of the altercation and the unknown whereabouts of the suspect, the decision was made to place all Steinbach schools in a hold and secure state.

While in lockdown at the SRSS, there was a student that experienced a non-related medical emergency. An ambulance was called, and EMS staff attended to the student.

Hanover School Division thanks all parents/guardians for patience and cooperation. HSD thanked the RCMP for the good work that has done in keeping all students/staff safe.