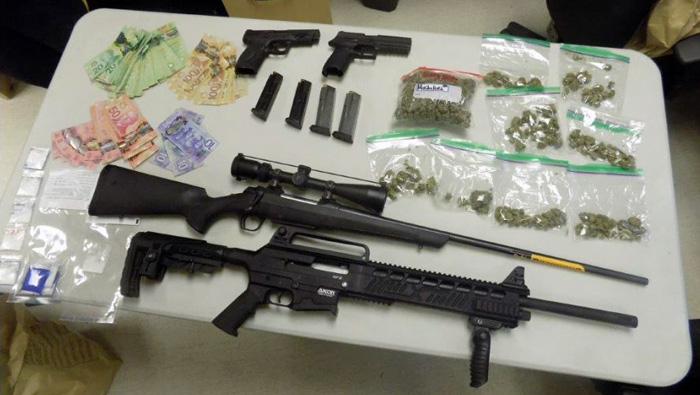 Fisher Branch RCMP recently seized a quantity of drugs, guns and cash from a Peguis First Nation residence resulting from the execution of a search warrant.

On September 20, 2019, at approximately 6:30am, Fisher Branch RCMP, along with the Emergency Response Team, executed a search warrant under the Controlled Drugs and Substances Act at a residence located on the Peguis First Nation.

Police say that as a result of the search, officers were able to seize a large sum of cash, approximately 48 grams of cocaine, 250 grams of cannabis, two handguns, one shotgun and one high powered rifle.

RCMP report that four males and a female, all from the Peguis First Nation, were arrested with charges pending.