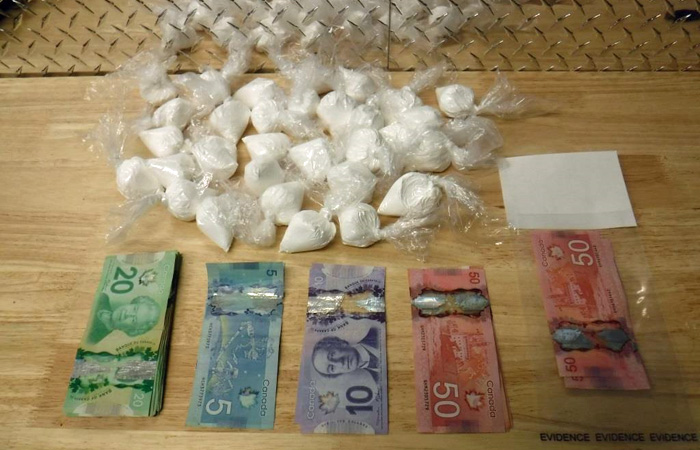 Drugs and cash seized by RCMP from a Thompson, Manitoba residence.

Thompson RCMP are reporting that a large amount of cocaine has been seized from a local residence in connection to a drug related investigation.

On October 27, 2019, at 12:20am, Thompson RCMP executed a search warrant under the Controlled Drugs and Substances Act. The search took place at a residence located on Yale Avenue in Thompson, Manitoba.

Police say that as a result of the search, approximately one kilogram of cocaine, divided into individual bags, was seized. Police noted that multiple digital scales and cash were also seized.

RCMP report that 38-year-old Charlene Wilson of Thompson has been arrested and charged with trafficking cocaine, possession for the purpose of trafficking and possession of property obtained by crime. Wilson was remanded into custody.