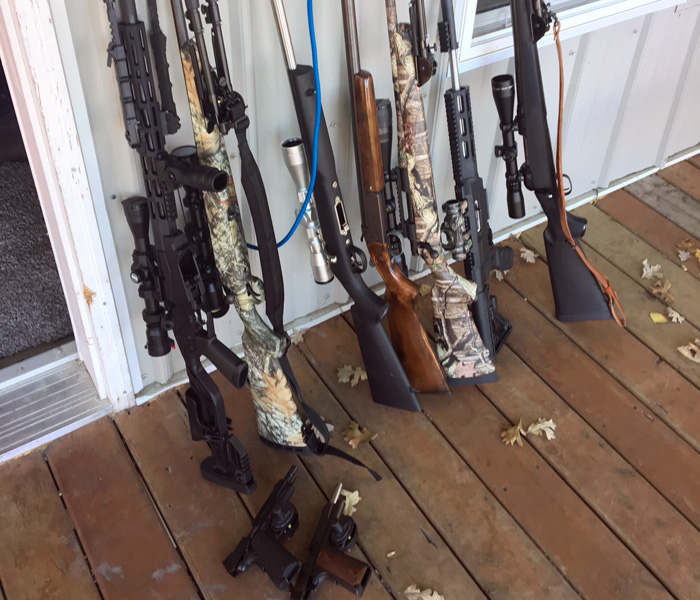 Firearms seized from an RM of Stuartburn residence.

In August 2019, the Canada Border Services Agency intercepted an incoming parcel from China that was determined to be two prohibited firearms suppressors (silencers). The Steinbach General Investigations Section took over the investigation as the recipient for the parcel was an employee of a Steinbach business.

On October 8, 2019, the employee, a 29-year-old male, was arrested at his workplace and taken into custody. RCMP executed a warrant at his residence in the RM of Stuartburn, resulting in the seizure of six rifles, one shotgun, multiple rounds of ammunition, prohibited firearm magazines, another prohibited firearm suppressor (silencer) and two laptop computers.

RCMP report that the accused has been released to appear in Steinbach Provincial Court on November 28, 2019.

Manitoba RCMP have observed an increase in these types of offences and caution anyone against ordering firearm accessories from foreign markets that may be deemed as prohibited in Canada.

Jake's Service AutoCare is your local choice for automotive maintenance and repairs of all makes of vehicles.