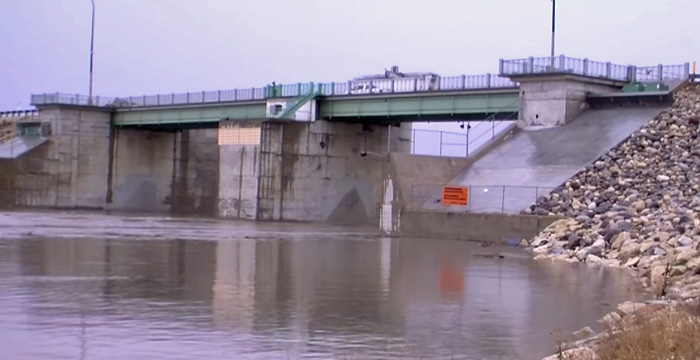 Floodway flow is approximately 1,200 cubic feet per second and will continue until the river level drops below the inlet lip.

On Oct. 9, the province started operating the Red River Floodway under Guideline 4, Emergency Operation to Reduce Sewer Backup in Winnipeg.

The province also reports the Red River water level in Winnipeg at James Avenue will continue to drop, but the level could rise again because of ice buildup. Without the ice buildup, the river could drop to around 14 feet at the time of freeze up, which is the highest on record for this time of year. With the unpredictability of ice buildup, the river at James Avenue could rise from almost 16 ft. to as high as about 18.5 feet.

The river level continues to be high for this time of year as inflows from the northern U.S. continue. The high water level combined with continued freezing temperatures may produce ice-related flooding along the Red River.