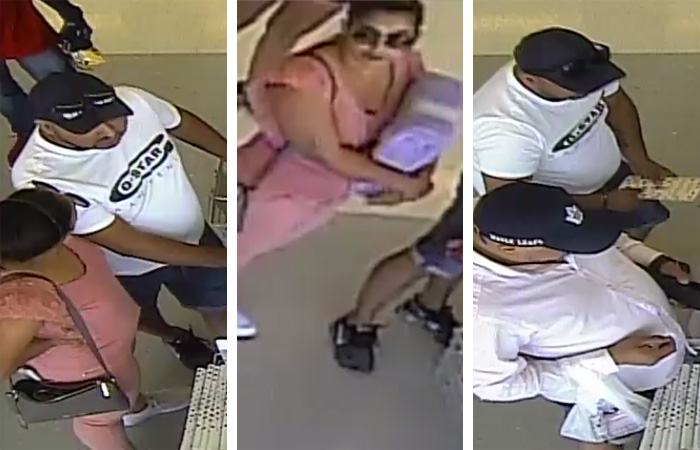 Steinbach RCMP are asking the public for any information that may help identify three suspects involved in a credit card theft incident that occurred this past August.

On August 8, 2019, Steinbach RCMP received a report stating that a wallet had been stolen from a customer at Sobey’s, located at Clearspring Centre in Steinbach. The complainant, an 88-year-old woman, later reported that her credit cards had been used in Winnipeg for purchases totaling over $6,000.

Police say that the culprits had somehow obtained the victim’s PIN numbers for the credit cards which allowed them to make these large purchases.

Surveillance video was obtained by police. The video showed three suspects involved in these fraudulent transactions, two males and one female.

If you have any information in regards to this incident, you are asked to contact the Steinbach RCMP Detachment at 204-326-4452 or Crime Stoppers at 1-800-222-8477. You can also submit a secure tip online at manitobacrimestoppers.com.