Ted Falk sworn in as Provencher MP in 43rd Parliament 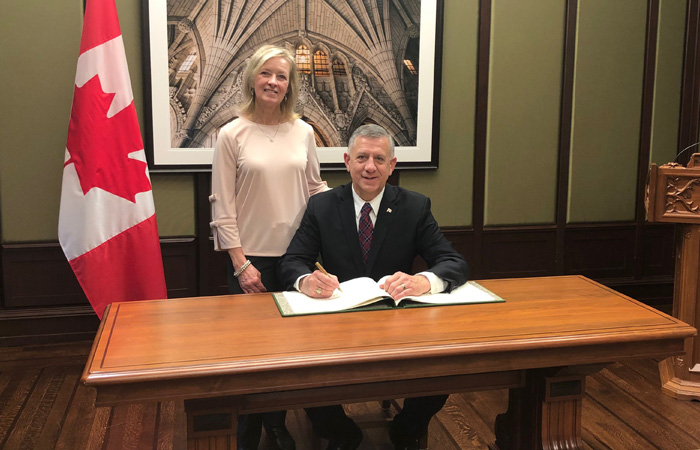 Ted Falk, joined by his wife Irene, at the swearing in ceremony.

On November 18, 2019, Ted Falk was sworn in as the Member of Parliament for Provencher in Canada’s 43rd Parliament. Falk was joined by his wife Irene for the short ceremony on Parliament Hill.

“I’m honoured to be returning to Ottawa on behalf of Provencher residents,” said Falk. “I look forward to doing my part to ensure the views and values of southeast Manitoba families are heard in the nation’s capital.”

Ted Falk was first elected Provencher’s Member of Parliament on November 25, 2013 and was re-elected in 2015 and again in last month’s federal election. He has served on several parliamentary committees including Public Safety and National Security, Justice and Human Rights, and most recently the Standing Committee on Natural Resources. Falk also serves as the Conservative Party’s Deputy Shadow Minister for Employment, Workforce Development and Labour.