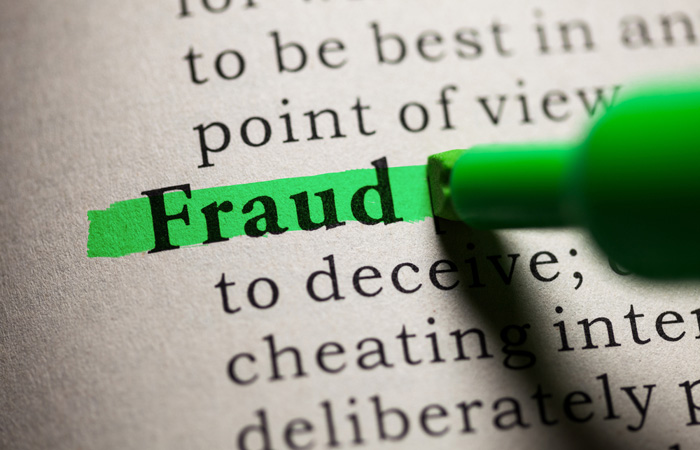 Staged collision, bogus bodily injury claims, a drunk driver exposed by surveillance cameras – these are some of the auto insurance frauds that took place in 2019 and are highlighted in Manitoba Public Insurance’s annual Top Five Frauds.

“MPI releases its annual top five fraud list to raise awareness about the costs related to auto insurance fraud – about $50 per customer yearly,” said MPI’s Chief Operating Officer, Curtis Wennberg. “The list is compiled based on the unique circumstances of each fraud, financial savings to MPI ratepayer, and investigative excellence in unearthing the fraudsters.”

Anyone with information about auto insurance fraud is encouraged to call the Manitoba Public Insurance TIPS Line: 204-985-8477 or toll-free 1-877-985-8477. All calls are anonymous.

Suspicious claims are handled by MPI’s Special Investigation Unit (SIU). As of the end of this November, claims savings are more than $10.2 million with the SIU closing nearly 1,200 investigations.

A Winnipeg man suffered serious injuries as the result of a motor vehicle collision. He began receiving income replacement payments of $3,600 monthly. However, as the months passed, MPI’s case manager regularly had difficulties locating and communicating with the man.

The man eventually sent a lengthy letter to his case manager, explaining he was feeling emotionally distressed and needed a “mental break and holiday.” He further stated that he would be out of touch for several months as he would be staying at a remote cottage in northern Saskatchewan.

An investigation was soon launched based on the man’s reluctance to provide contact information. It was subsequently discovered that the man was actually incarcerated in a federal prison automatically making him ineligible to receive any payments from MPI.

The man’s benefits were terminated resulting in an estimated savings of nearly $200,000.

2) Smile for the camera

The registered owner of a vehicle opened a physical damage and theft claim after her pick-up truck was found badly damaged in an apartment parking lot.

The woman’s husband, who was the co-owner of the truck, admitted to an MPI adjuster that he was last to drive the truck, taking it to a friend’s house. He admitted to consuming “several” beers and then walking to a near-by bar where he and friends continued to consume alcohol. Upon returning to his friend’s house, the husband said he decided to leave his truck parked and walk home.

The husband speculated that someone must have stolen his key fob from his jacket while he was partying at the bar.

An investigation was launched due to several irregularities around the husband’s story. An MPI investigator was able to locate a surveillance camera located across the street from the crash scene. Surveillance footage clearly showed the truck being driven erratically into the well-lit parking lot, hitting a number of vehicles. Footage also showed the driver exiting the smashed vehicle, locking it and then staggering away.

After watching the surveillance footage, the husband withdrew the claim and agreed to pay the damages for the other vehicles, resulting in a claims saving of more than $15,000 to MPI ratepayers.

Thanks to a vehicle’s internal data recorder, MPI was able to save nearly $70,000 and two Winnipeg men eventually pleaded guilty in court to Filing a False Statement to MPI and were fined $3,000 each.

Both men opened collision claims, stating they got into a two-vehicle collision at a rural intersection. A female friend of one of the men explained to an MPI adjuster that she missed a stop sign, hitting another vehicle which was travelling in the intersection.

An investigation was launched due to inconsistencies in the drivers’ stories and damages to the vehicles. An MPI training and research technician did a data dump on one of the vehicle’s on-board computer. The data reported that the vehicle (a Honda) was stopped/stationary for five seconds prior to impact then accelerated and steered into the second vehicle (a Jaguar) with brakes being applied within the half second prior to impact.

After being presented with the findings of the on-board computer, the owner of the Honda admitted he had lied about the crash and, in fact, carried out the staged collision in a large storage yard. He admitted money was the motivating factor, explaining that his Honda was in poor condition.

A man claimed he was an innocent victim of auto theft and suffered several injuries while trying to prevent it. He opened a bodily injury claim with MPI, which, if approved, he would have received income replacement payments.

The 34-year-old man told MPI he had hired a driver for his car and while out running errands the windshield wipers were not working properly. The man said after he exited the vehicle to fix the wipers, his driver began to drive away. The vehicle owner said he managed to scramble on top of the trunk and during the frenzied drive was forced to smash in the back window to try and unsuccessfully gain entry. The vehicle eventually crashed, throwing the man onto the pavement, resulting in several injuries.

The man’s story quickly unraveled when a number of witnesses approached police at the crash scene and said they had seen a man standing on the top of the speeding vehicle, “hooting,” “hollering, “waving his arms,” and, “laughing.” They said the man was likely car surfing.

Based on the witness and police reports – the vehicle crashed into a parked vehicle. MPI denied the claim, stating the man’s injuries were the result of his careless and wilful actions.

A woman opened a bodily injury claim after her vehicle rolled into a ditch after swerving while trying to avoid two deer which were on a rural Manitoba road. It was confirmed the woman sustained a number of injuries, including fractures within her neck region.

The woman claimed she suffered from severe headaches and debilitating neck pain, in addition to being physically unable to care for either herself or children. She was submitting invoices for childcare expenses, in addition to personal care and receiving income replacement payments.

Based on a call to the TIPS Line, MPI launched an extensive investigation into the woman’s actions. Over a period of two weeks she was observed driving her vehicle, shopping for long periods of time, playing VLTs and pushing a double stroller with her two children – contrary to her statements that she was completely bedridden.

As a result of the investigation, the woman’s benefits were terminated, resulting in claims savings of $23,000. The Corporation is also seeking repayment of nearly $10,000 in personal care expenses paid to the woman.