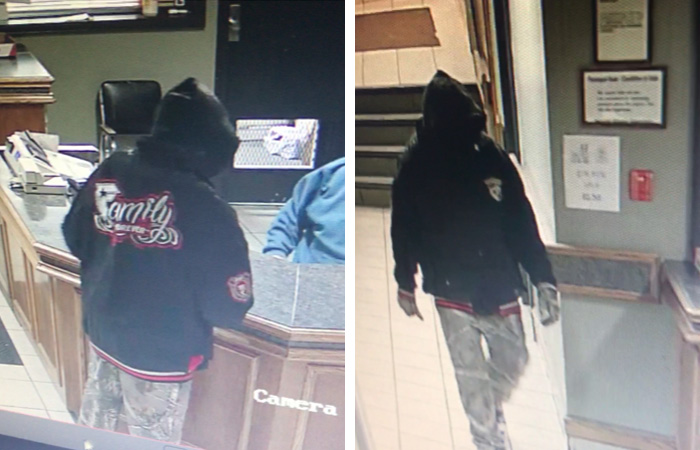 Flin Flon RCMP are asking the public for any information that may help identify a male suspect involved in a recent robbery incident.

On January 8, 2020, at approximately 9pm, Flin Flon RCMP responded to a robbery at a business located on Main Street in Flin Flon, Manitoba.

Police say that a male suspect, holding a knife, entered the business and approached an employee. The employee told the male to leave the store multiple times, and the suspect left empty-handed. No injuries were reported.

The suspect is described as 5’10” tall and weighs 190 lbs. He was last seen wearing a black jacket with “Family Forever” written on the back, camouflage pants and white and black shoes.

If you recognize the suspect, your are asked to call Flin Flon RCMP at 204-687-1423 or CrimeStoppers anonymously at 1-800-222-8477. You can also submit a secure tip online at manitobacrimestoppers.com.